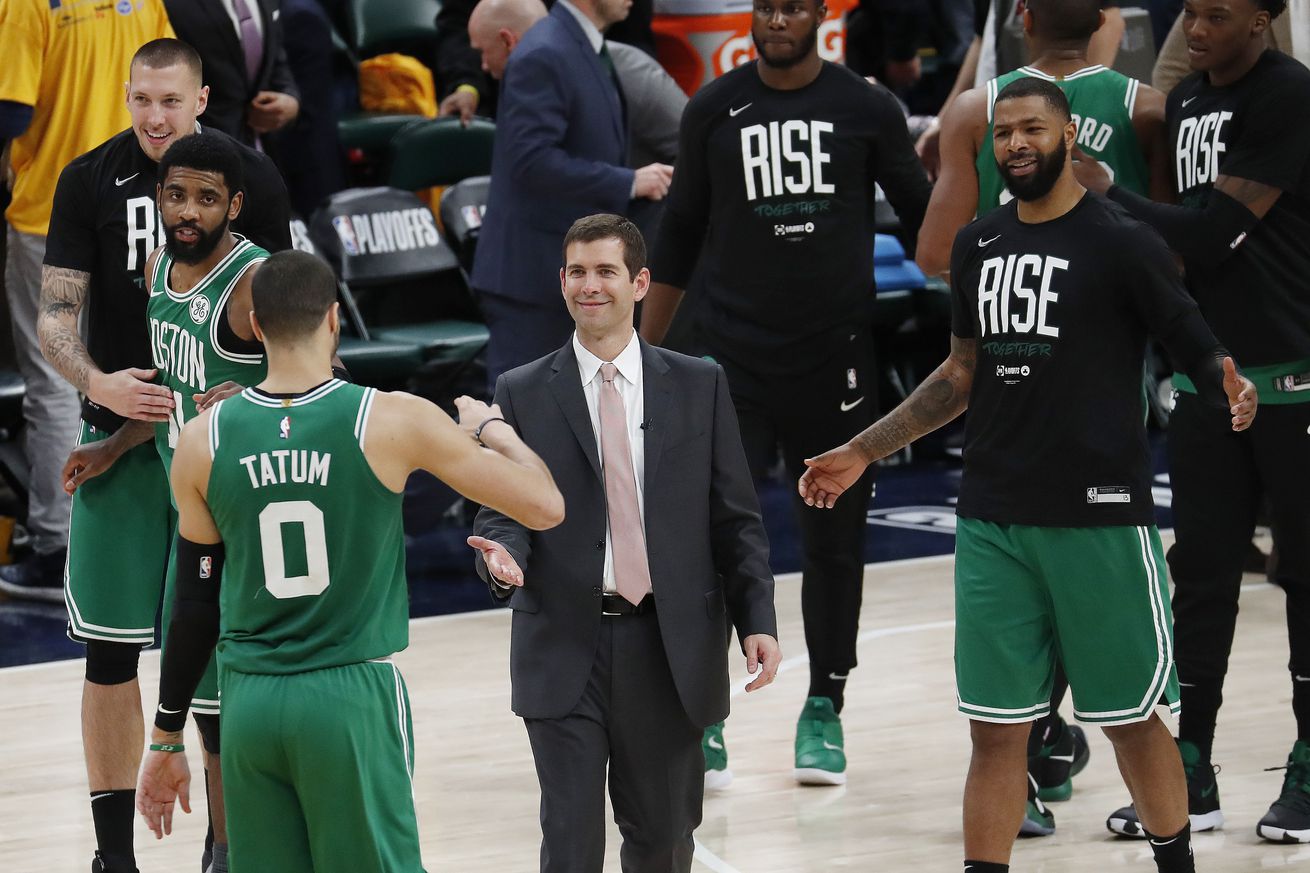 Leading 3-0, the Celtics are going for a series sweep Sunday afternoon in Indianapolis.

The Celtics are back in action this afternoon looking to complete the series sweep of the Indiana Pacers. After Friday night’s 104-96 win, Boston got that much closer to finishing off this series off without a worry. The team would love to have a plane flight back to Boston without a worry of another game against this Pacers team.

The series so far has been all Boston. In all three games, Indiana has been unable to find any offense to match the output by the Celtics. In Game 3, the Pacers were hitting their first-half shots and finished with solid shooting percentages which gave them the lead. However, the Celtics outmatched them again in the third quarter breaking away enough to hold the lead. Each game, there is just not enough gas left in the tank for the Pacers to get them across the finish line.

As for Game 4, the Pacers will try and find another gear as their entire season will be riding on this game. It will be imperative for the Celtics to come out to the hot start they had in Game 3 and take this crowd out of it early on. The conference semifinals are right there for the taking. Boston knows that the Milwaukee Bucks are looking at a sweep of their own, so all the rest they can get before that next series will be very important.

The keys will be the same for this game as we saw happen Friday night: the dominance comes from a great team performance. In the preview of Game 3, we talked about the Kyrie Irving takeover that would be key to the victory, however, that is not the whole story. Kyrie will get his points when he wants them, but it is these points combined with another contributor going off for the Celtics to be at peak performance.

Friday night that Celtic was Jaylen Brown. He had an incredible 23 point game on 8 of 9 shooting and 4 of 5 from three. Brown was the point surge the team needed to push them over for the victory. If this can happen from Brown or someone else, the Celtics should be in great position to complete the sweep. Kyrie will get his 20 points, but if Brown or Tatum or Hayward put up another 25-30 of their own, this team is hard to beat.

Also worth mentioning is the lock down defense the Celtics have played this series. The Pacers have still yet to hit 100 points and nothing is working for them consistently. Most thought the team would with the loss of Marcus Smart, but Jaylen Brown has turned it up defensively to at least fill 80-85% of that void. That is enough to keep up the great team defense the Celtics are known for.

The injury report for this game is the same as the other three games of the series. Smart and Victor Oladipo are out for this one for the Celtics and Pacers, respectively. If the Celtics can finish the sweep, it will only delay the time waiting for their next round opponent hopefully giving Smart and the rest of the roster some time off to recuperate. This team will need to be as fresh as possible for a second round series against the Bucks.

The bottom line for tonight’s game is that the Pacers will be fighting for their playoff lives. As mentioned, teams rarely come back from a 3-0 deficit, so this game is do or die. If the Celtics can come out shooting hot and knock this afternoon Easter crowd out of the game, then they have a good chance of winning this series in four games.