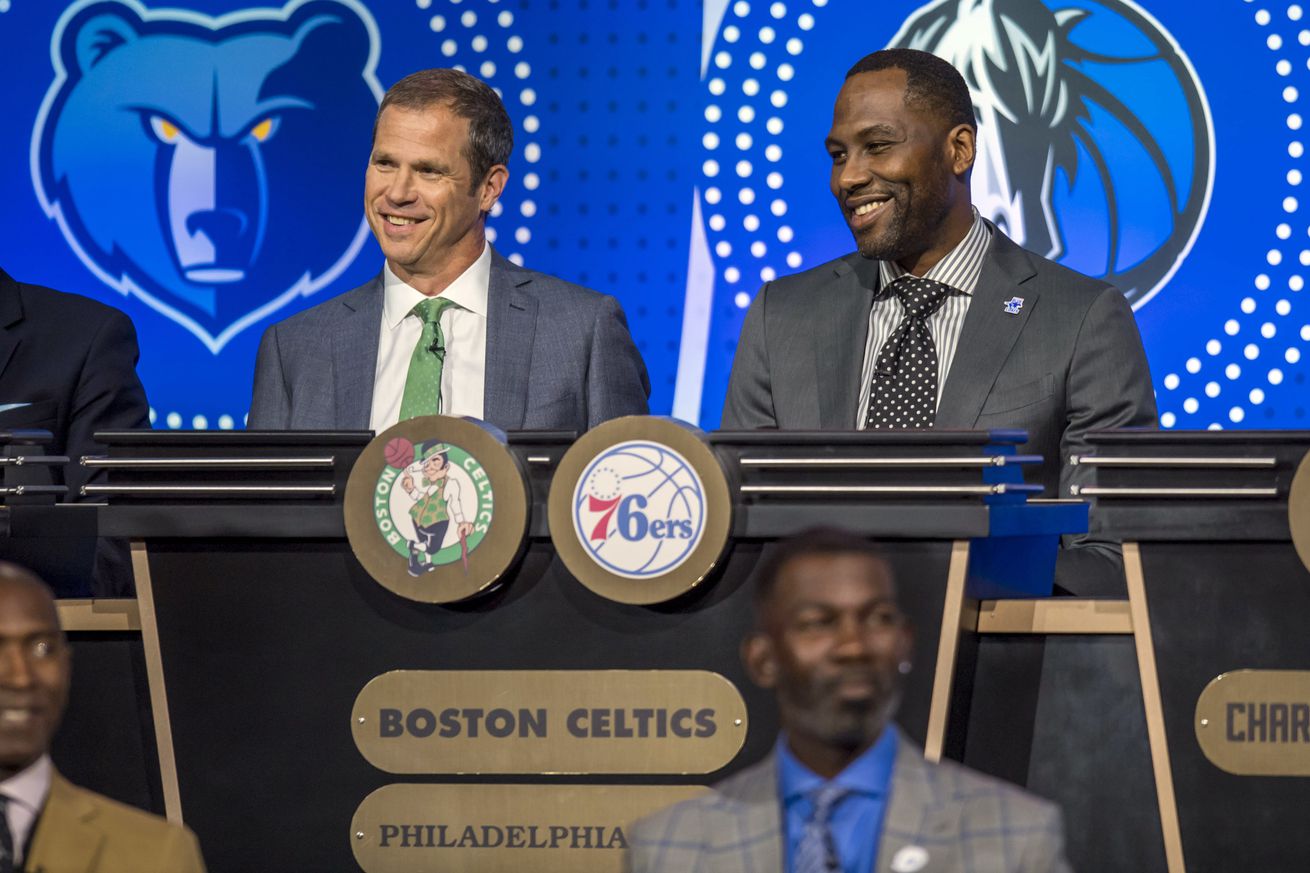 The NBA broke seven ties today for the 2019 NBA Draft

The most important tiebreaker for Boston involved picks 7-9. This tiebreaker involved the pick the Celtics are owed from the Memphis Grizzlies. The Grizzlies pick ultimately landed at #8 pre-lottery. That is as high as the pick can be without conveying to Boston this year. The Grizzlies get the pick if it lands 1-8. #9 or later will convey to the Celtics. Boston is on the record as not wanting that pick this year, as it rolls over to top-6 protected for 2020 and then completely unprotected for 2021. With Memphis looking as if they are kicking off a rebuild, that pick should hold more value in future years than in 2019.

The second tiebreaker for Boston involved picks 12-14. This tiebreaker involved the pick the Celtics are owed from the Sacramento Kings. That pick landed at #14 pre-lottery, with the Charlotte Hornets getting pick #12 and the Miami Heat getting pick #13. The Celtics will receive the Kings pick if it lands 2-14. If that pick comes up as #1 overall, it goes to the Philadelphia 76ers. Boston would then receive Philadelphia’s pick at #24. The #1 overall protection was part of the 2017 trade that gave Boston this pick from Sacramento (via Philadelphia) as well as the #3 pick in the 2017 NBA Draft, used to select Jayson Tatum. The Celtics gave up the #1 pick in the 2017 NBA Draft, which Philadelphia used to select Markelle Fultz.

The third tiebreaker that involved Boston was for picks 18-20. This tiebreaker involved the picks the Celtics are owed from the Los Angeles Clippers. This pick landed at #20, while the Indiana Pacers got pick #18 and the San Antonio Spurs got pick #19.

Overall, this wasn’t a great day for the Celtics, as they lost three of the four tiebreakers they were involved in and the Memphis one only went partially their way.

Should the lottery hold to form, Boston will have the following picks in the 2019 NBA Draft:

Again, make sure you are watching the NBA Draft Lottery on Tuesday, May 14th, as there is still lots to be decided for exactly where the Kings pick and Grizzlies pick will land.