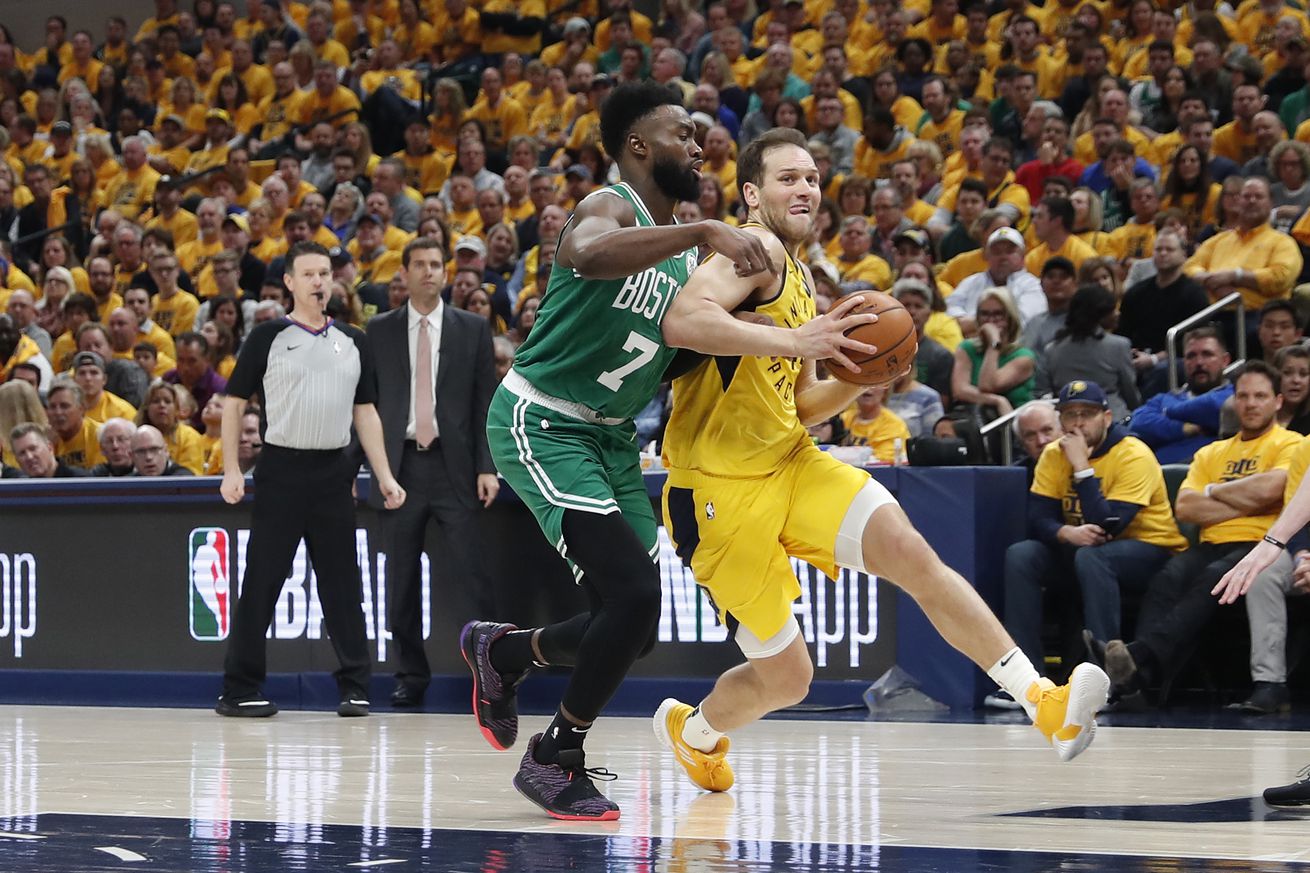 After struggling in the first two games, Jaylen Brown woke up at the perfect time.

With how explosive the Kyrie Irving/Jayson Tatum duo had been through the first two games of the Celtics’s first-round playoff series against the Indiana Pacers, it might have been easy to miss just how poorly things had gone for Jaylen Brown over that same stretch.

But after scoring just eight combined points between Games 1 and 2, Brown went off for 23 points on an extremely efficient 8-of-9 shooting from the field, including 4-of-5 from 3 in Boston’s 104-96 win over Indiana, making his presence felt early and often.

Brown scored 12 points in the opening period—which ended with the Celtics leading 41-28—and 11 of those points came in the first eight minutes of the game. His 3-for-3 clip from beyond the arc in those minutes really set the tone for how the Celtics would shoot the ball as a team throughout the game. Boston shot 8-for-10 from downtown in the first quarter.

Despite the hot shooting, Indiana overcame the deficit largely due to their ability to both force turnovers and score off them. Overall, the Pacers scored 20 points on Boston’s 13 turnovers and feasted on the five miscues the Celtics committed during the second period.

Indiana ultimately carried a 61-59 lead into the half after outscoring the Celtics 33-18 in the second quarter but was unable to build on that further when the second half began.

Boston took the lead back in short order, but the game remained close until there was about a minute and a half left in the fourth quarter when Gordon Hayward tipped an offensive rebound up and in off an Irving miss that put the Celtics up by eight at 100-92.

It was a far from perfect effort by the Celtics, but they managed to get it done.