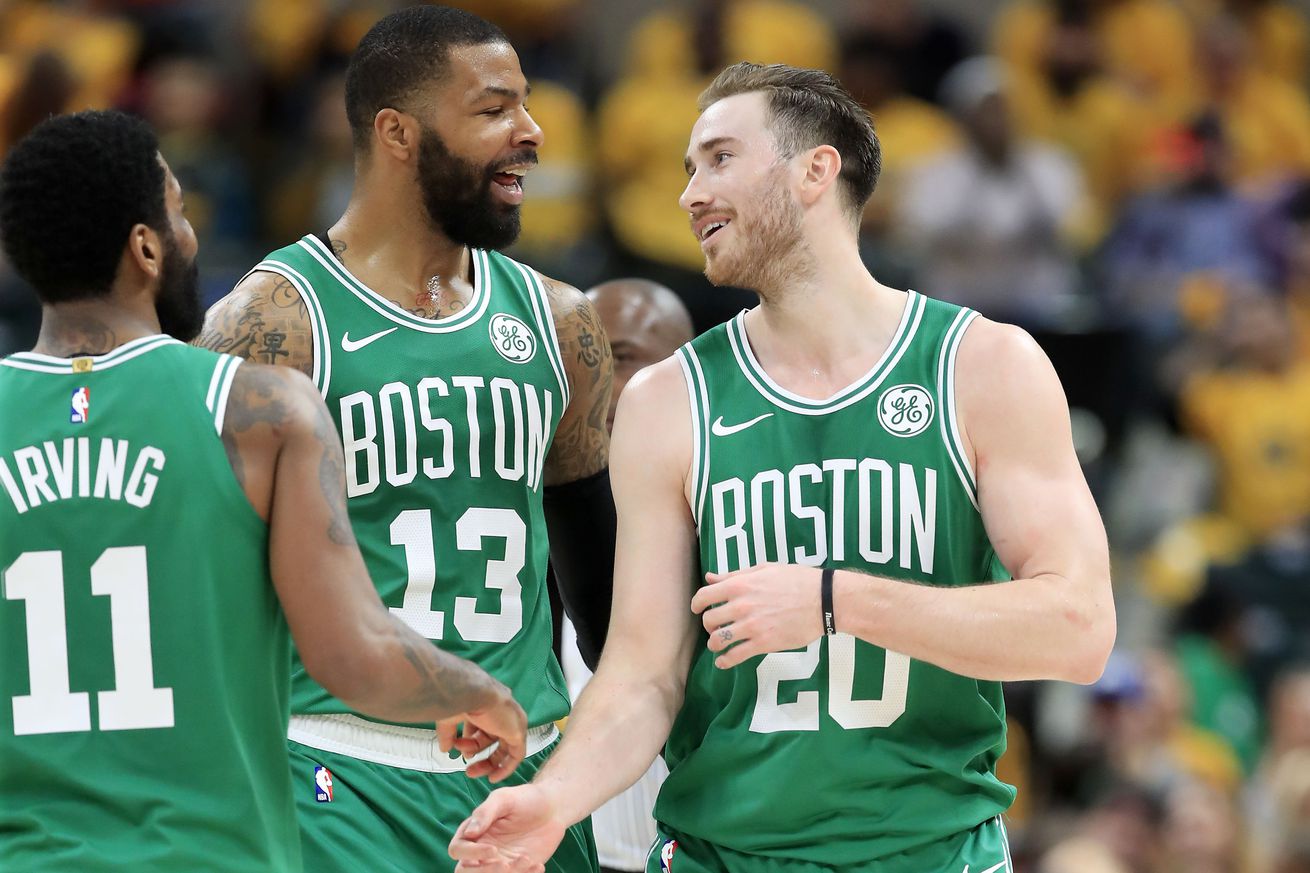 I’m not sure where this is going, but the Celtics are going to take us on an interesting ride.

This was not a fun season. High expectations and inconsistent performances stole our joy more than comparison ever could. Last year’s playoff sprint was an adrenaline rush that the marathon of this year’s regular season couldn’t reproduce.

So it was with hesitant anticipation and subtle trepidation that we approached this year’s version of the postseason. A first round collapse and exit was on the table as a possible outcome that would have produced feelings of anger and sadness but not necessarily shock. Even when the Celtics won the first two games, we were not fully convinced that the team had truly turned a corner.

However, the Celtics took care of business, sweeping the Pacers and becoming the first team to earn a trip to the 2nd round of the NBA playoffs. Caveats abound in this case. The Pacers were without their star Victor Oladipo and they still managed to put up a fight in each and every game. This was one of the closer 4 game sweeps that I can remember.

There were a lot of encouraging signs though. Kyrie Irving was even more Kyrie Irving-ish. He put up excellent stats all season long, but there’s another level in the playoffs and he’s more than up to that challenge.

Once Kyrie’s alpha-presence was established, that unlocked the rest of the team to thrive. Playoff Jayson Tatum averaged 19.7 points and seemed to settle into his preordained role as dynamic 2nd option on this team. Jaylen Brown played the Andre Iguodala role to perfection, scrapping for points on offense and hounding wings on defense. Gordon Hayward provided effective paint penetration and the right reads on both ends of the floor. Even the maddeningly inconsistent Terry Rozier and Marcus Morris were more of a positive than they were a negative.

Threaded throughout was the steady baseline beat of Al Horford. He’s the foundation upon which the building is built. He sets the screen that breaks the shooter free for a clean look. He creates space at the top of the key to take the pass and kick it to the right shooter. When the team has gone a few trips without scoring, he pops free at the top of the key and calmly drains a 3 pointer. He’s like Bob Ross painting a happy little tree right where it belongs.

So the Celtics won and the first round is history. The Pacers deserve all the respect for their efforts but they are still just the warm up act for the Milwaukee Bucks (assuming they complete their own first round series victoriously). These are not the same Bucks that the undermanned Celtics dispatched last season. But there’s time enough to get to that this week.

For the moment I’m going to sit back and enjoy the fact that the Celtics took care of business in the first round and will advance to the next series. The regular season effectively tapped the breaks on our preseason expectations and maybe that’s the right place to be in as fans. Adding banners will always be the ultimate goal, but they are never easy to come by. They have to be fought for and earned with the proverbial blood, sweat, and tears – not to mention a healthy portion of luck.

Ultimately we won’t know the full ceiling of this team until we’ve witnessed their last loss of the season (or a champagne shower). But we’ve at least established a solid floor for this team (Kyrie and Gordon are undefeated in the playoffs as Celtics!). We are in store for some more ups and downs. Who knows what is in store the next round, but we’ve finally seen this team face playoff challenges and come through victorious. That’s a pretty good start.