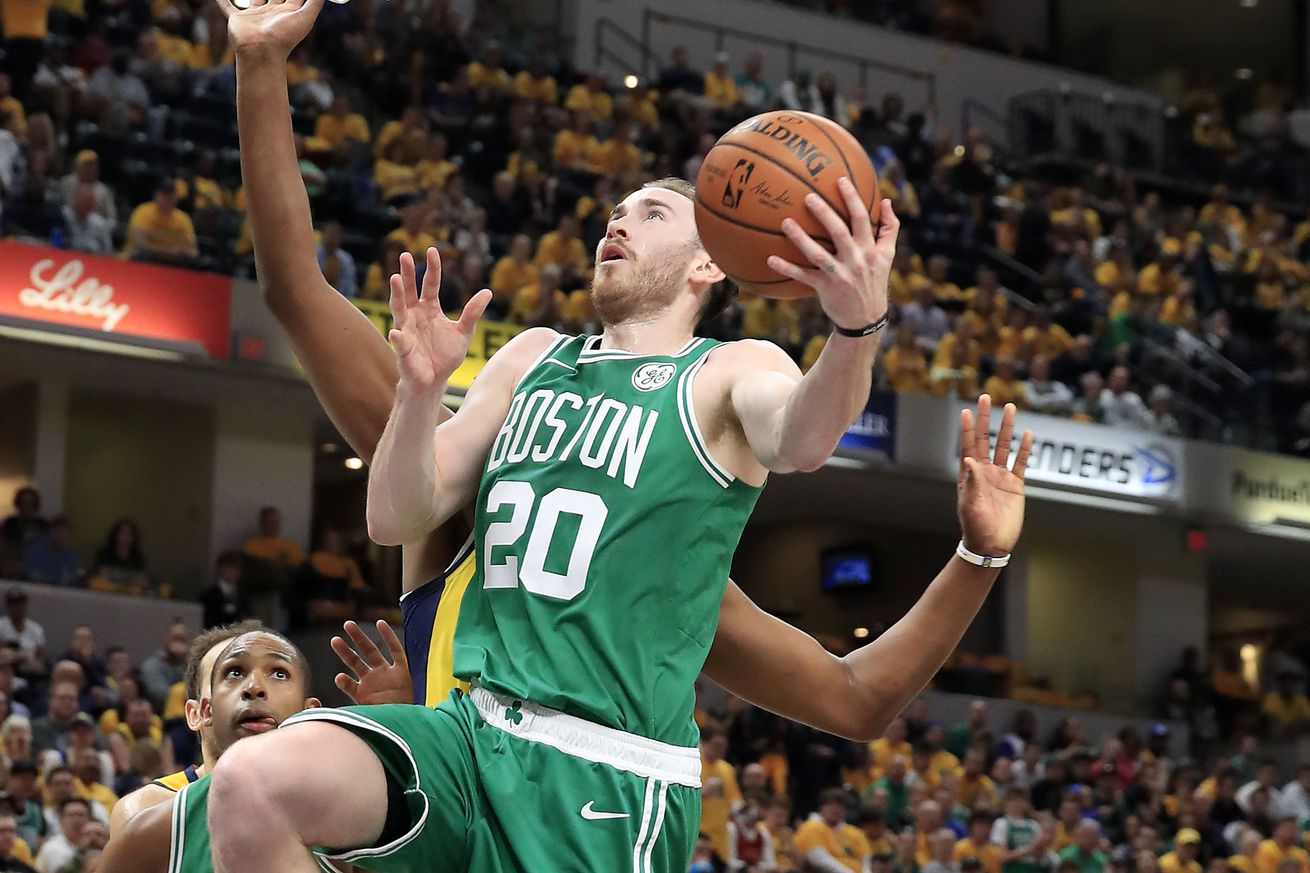 Gordon Hayward knows the C’s found ways to win against the Pacers, but that the Bucks present a whole other challenge.

There’s plenty of optimism brewing with the Boston Celtics after they completed the series sweep of the Indiana Pacers Sunday in the first round of the NBA Playoffs.

For Gordon Hayward, though, the best part about starting the postseason with four straight wins was Boston’s ability to get through tough stretches – the Celtics trailed in the second half in each game versus the Pacers – and respond as a unit to come out on top.

“I thought we stayed together. I liked that the most,” Hayward said. “Each game wasn’t perfect and each game, it felt like we found a different way to win. Certainly, in each game there were opportunities for us to go our separate ways and they built some leads on us but we always stayed together and made a run of our own at the end and found ways to win.”

For Hayward and the Celtics, the attention now shifts to the Milwaukee Bucks, who completed their dominant sweep of the Detroit Pistons Monday. With the focus now on their second round match up, get ready for a lot of Giannis Antetokounmpo talk as the Celtics are highly fixated on finding some way to slow down the MVP candidate.

“Obviously, with Giannis, too, he provides a lot of challenges,” Hayward said. “They’re going to be disciplined in making us concentrate each possession and we’re going to take it possession-by-possession against them and really lock in defensively. Take away some of the things they like to do. On the offensive end, make sure we take care of the ball, get good shots so they can’t get out in the open floor. That’s when Giannis is definitely at his most difficult to guard. It will be a fun match up. No doubt.”

One thing that might be not be as fun is waiting for this series to get started. With the series likely still more than a few days away, Hayward and the C’s are just trying to stick to what has worked for them this season.

“Making sure when we come in as a team we get good work in and individually you continue to stay focused with your same routine that you’ve been doing,” said Hayward on how he is handling the time off between games. “For me, it’s not changing anything up. Keeping up with that day-to-day basketball activities that I get in – the lifts, the rehab, the exercises, all that. It’s a little bit more time without a game, but the other stuff you can still keep doing.”