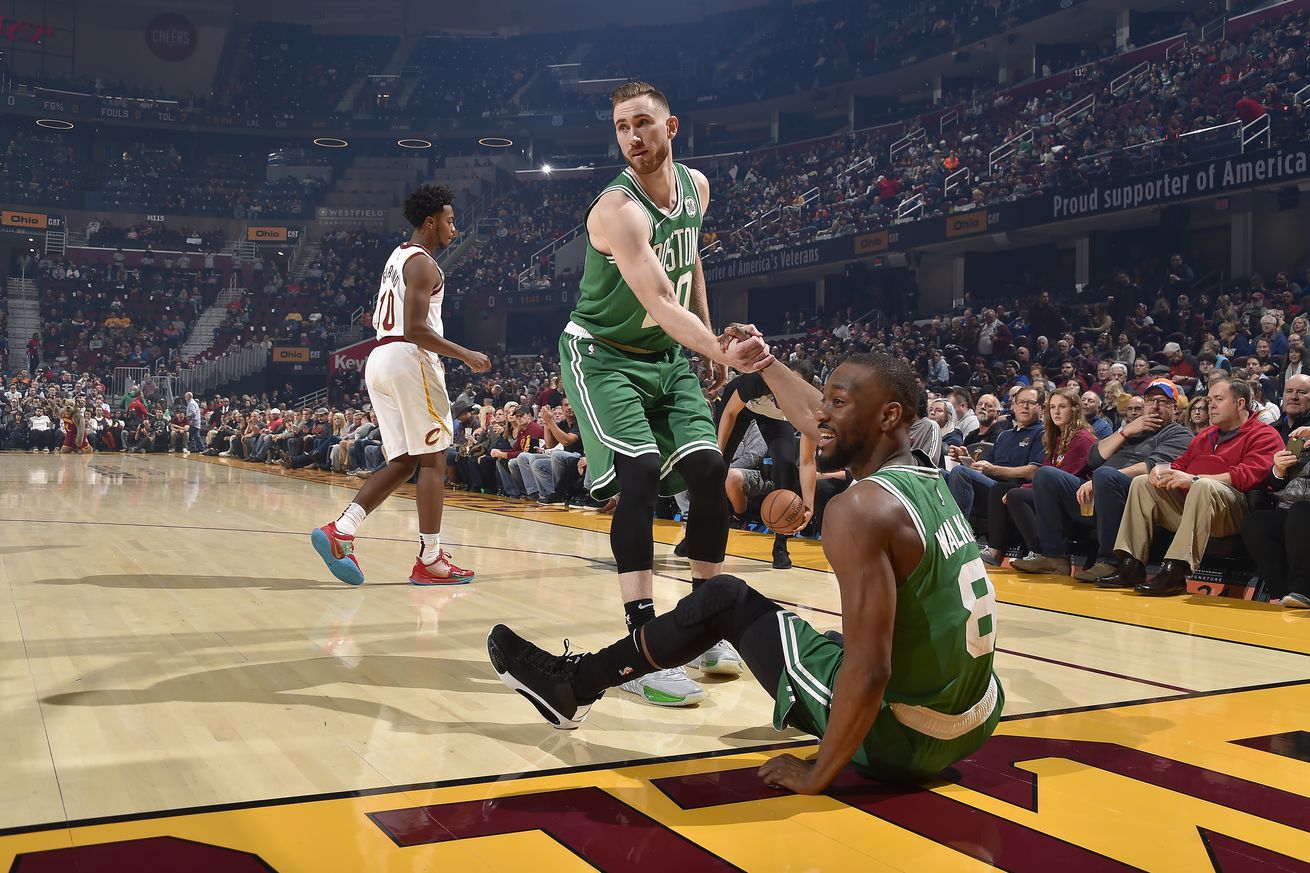 As many concerns as there may be about the bubble, the Boston Celtics have several on-court issues that could derail their Finals quest as well.

With teams entering the Orlando bubble this week, social media feeds have been flooded with pictures of sack lunches and hotel views. However, lost in the first person accounts of NBA life in quarantine are the on-court issues all twenty-two teams will have to navigate if they’re serious about winning a championship.

Can Houston’s micro-ball breed playoff success? Will Giannis’ lack of shooting hinder Milwaukee’s chances in a seven-game series? Does either LA team have enough 3-point shooting?

The Boston Celtics aren’t absolved of similar worries either. They’re one of the league’s best two-way teams with the fifth-best record in all the NBA, but serious roadblocks lie ahead in their quest for Banner 18.

Gordon Hayward was one of just 13 players averaging at least 17 points, six rebounds, and four assists per game on the season. Eleven of them were 2020 All-Stars. The other was Karl-Anthony Towns.

His wife, Robyn, is due sometime in September, putting the birth of the first Hayward boy sometime during either the conference semis or conference finals.

That’s no easy time to step away as Boston would need everything against the two teams ahead of them in the conference standings–assuming the bracket holds mostly to form–especially a multi-faceted forward who made them better at both ends of the court.

Not even the most well-rounded teams can easily replace that type of production. The situation is even more dire for a Celtics team with the second-worst scoring bench in the league.

New ESPN story: Gordon Hayward will leave the bubble, if Boston is still playing, for the birth of his fourth child in September. Story includes details on the procedures in place for a player leaving the bubble for an approved reason: https://t.co/h1EDjN4Uze

Even if Boston stretches each series the distance, there’s no telling how long it would take for Hayward — who plans on flying back to Orlando following the birth — to make his on-court return given the numerous steps that COVID protocol would enforce. That would include a negative test each day spent out of the bubble and a four-day quarantine upon return.

Some things are simply bigger than basketball. As justifiable as his likely absence will be at any point of the postseason, it doesn’t cover up the noticeable holes the Celtics will be left to fill at both sides of the floor for a length of time not even they know.

3. The absence of size

Boston has done well in combating several areas of traditional struggle for an undersized team. They’re fourth in opponent’s makes and attempts in the restricted area and block the sixth-most shots per game, but the potential for exploitation is still too costly to ignore.

Consider a December 12th home loss to the Philadelphia 76ers. Joel Embiid got whatever he wanted that night, going 12-of-14 from the stripe en route to 38 points on 12-of-21 shooting with 13 rebounds and six assists.

A lack of size on the frontline has been a point of concern for the Celtics all season long. No member of their rotation stands taller than 6’10, aiding the allowance of the 12th-most offensive rebounds and free-throw attempts per game. Few teams possess the overwhelming size to cause legitimate problems around the paint, but they do exist, particularly at the top of the Eastern Conference.

2. Non-Kemba minutes at the offensive end

The skills that made Kemba Walker an All-Star for the fourth straight season have the Celtics’ offense humming like the league’s best when he’s on the court.

His absence breeds a completely different story, one exacerbated by the lack of primary ball handlers on Boston’s roster that turns their offense into one of the worst when Kemba takes a seat.

Brad Wanamaker has been a surprising mainstay of Brad Stevens’ rotation, earning 19.3 nightly minutes across 63 of the team’s 64 games on the season. But the undrafted, soon-to-be 31-year-old remains unproven on the playoff stage and a risky proposition to rely upon.

Barring a sudden emergence from Carsen Edwards, Marcus Smart is the only other option to sub for Walker at the point. While he makes Boston’s defense significantly stingier at the 1 — per Cleaning The Glass — their offense puts up just 108.5 points per 100 possessions in those minutes, which would rank in the 29th percentile.

Boston hasn’t proven completely lost in non-Walker minutes this season. What’s subtracted on offense is made up for at the other end, where opponents attack Kemba’s diminutive 6’1’ frame to the tune of an extra 6.2 points per 100 possession when he’s on the court.

As much improvement as the Celtics see defensively, that won’t matter as much come playoff time. They’ll need as many scoring outlets as possible at a time when points become far more difficult to come by.

The more reliance placed on Kemba, however, only increases the size of the hole he creates when taking a breather. Those minutes might be scarce, but they could prove costly if not properly managed.

1. Is their star power bright enough?

Kemba Walker has minimal playoff experience on his resume and even less success, having made just two postseason appearances in his previous eight seasons, both first-round exits.

Jayson Tatum emerged as a significant factor behind Boston’s unexpected run to the conference finals as a rookie in 2018. But his recent vault into superstar air widens the target on his back, manifesting in a level of defensive attention he might not be accustomed to handling just yet.

If there is one overarching factor to championship success, it’s star power and lots of it. Outliers exist, yes, but the overwhelming majority of title winners have done so through the otherworldly abilities of the league’s best.

The Celtics aren’t lacking in that department, having sent their dynamic duo to the 2020 All-Star Game last February. As good as they’ve been in leading the third-best team in the East, both will enter the postseason with concerns that could affect Boston’s championship dreams.