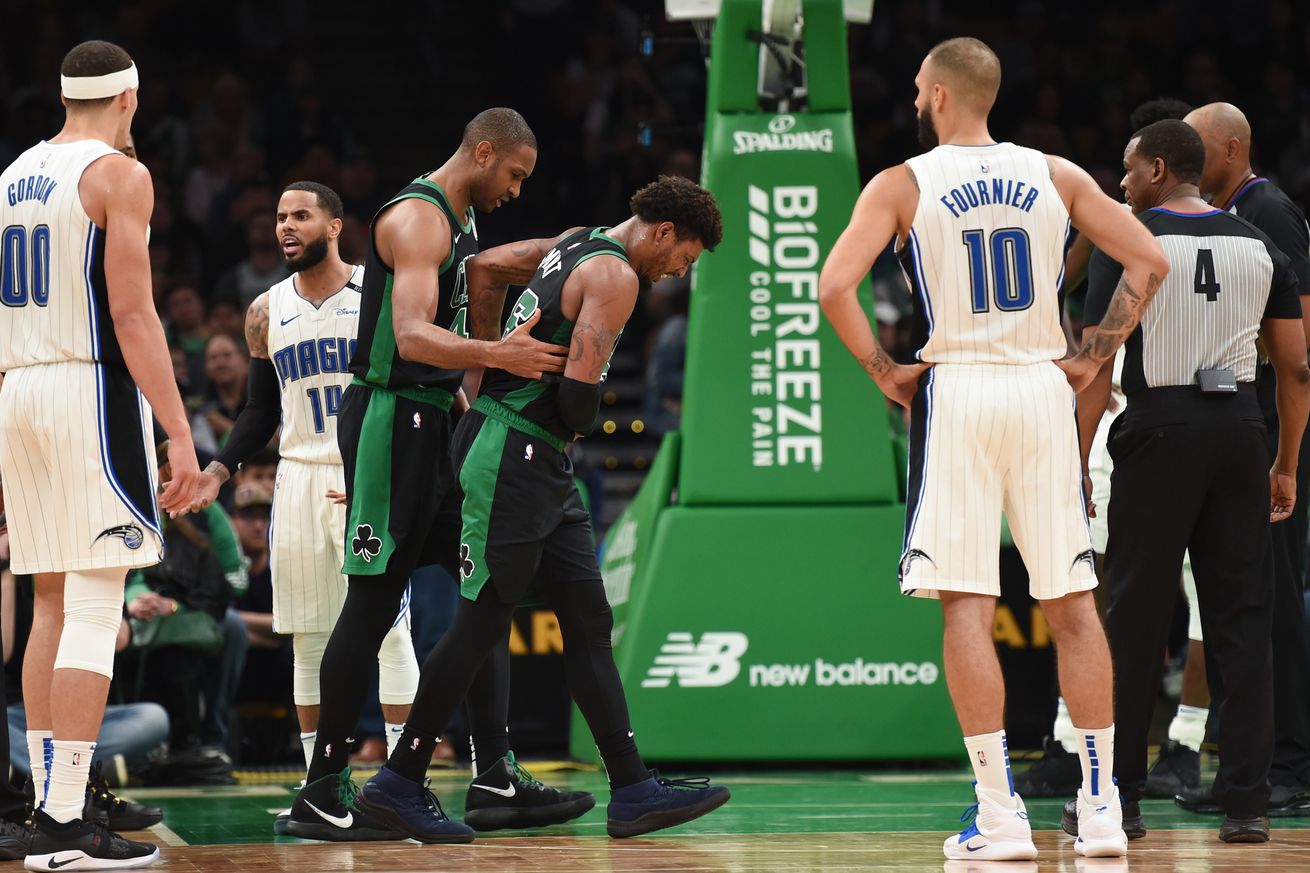 Danny Ainge and Gordon Hayward know it won’t be easy with Marcus Smart sidelined to start the playoffs.

Smart, who suffered the injury Sunday against the Orlando Magic midway through the third quarter, is expected to be sidelined for four to six weeks, which means he will miss the first-round matchup with the Indiana Pacers and possibly the entirety of the Celtics second-round series, too, if they advance.

“I feel really bad for Marcus,” Ainge said. “I know how well he’s playing right now. I know how hard he’s worked to get ready for this moment, but injuries are just part of it. Part of what we all have to deal with and it’s an opportunity for someone else. Hopefully we can keep playing so Marcus gets a crack at the playoffs this year.”

Ainge had called Smart’s injury “day-to-day” before Wednesday afternoon, when imaging revealed a tear that will keep Smart off the court.

Smart missed the first four games of last season’s opening-round series with the Milwaukee Bucks due to a thumb injury, but was able to come back starting in Game 5. It will be much different this season and the C’s will now have to adopt a next man up mentality with Smart out.

“He’s in OK spirits. He was bummed,” Ainge said. “He was in pain. … Thank goodness we have other guys that can step up and take Marcus’s spot. No one completely replaces Marcus, but it’s an opportunity for other guys to play. Maybe Terry (Rozier) will have some fun now.”

Rozier: “The season hasn’t been fun, personally. I know there are better things to come. I know we’re going to have a great playoff push, and I’m ready.”

If anybody knows what it is like to come back from an injury it’s Gordon Hayward. Hayward is gearing up to play in his first postseason contest with the C’s and knows what Smart will be going through when he has to watch the Celtics play their most important games of the season from the sidelines.