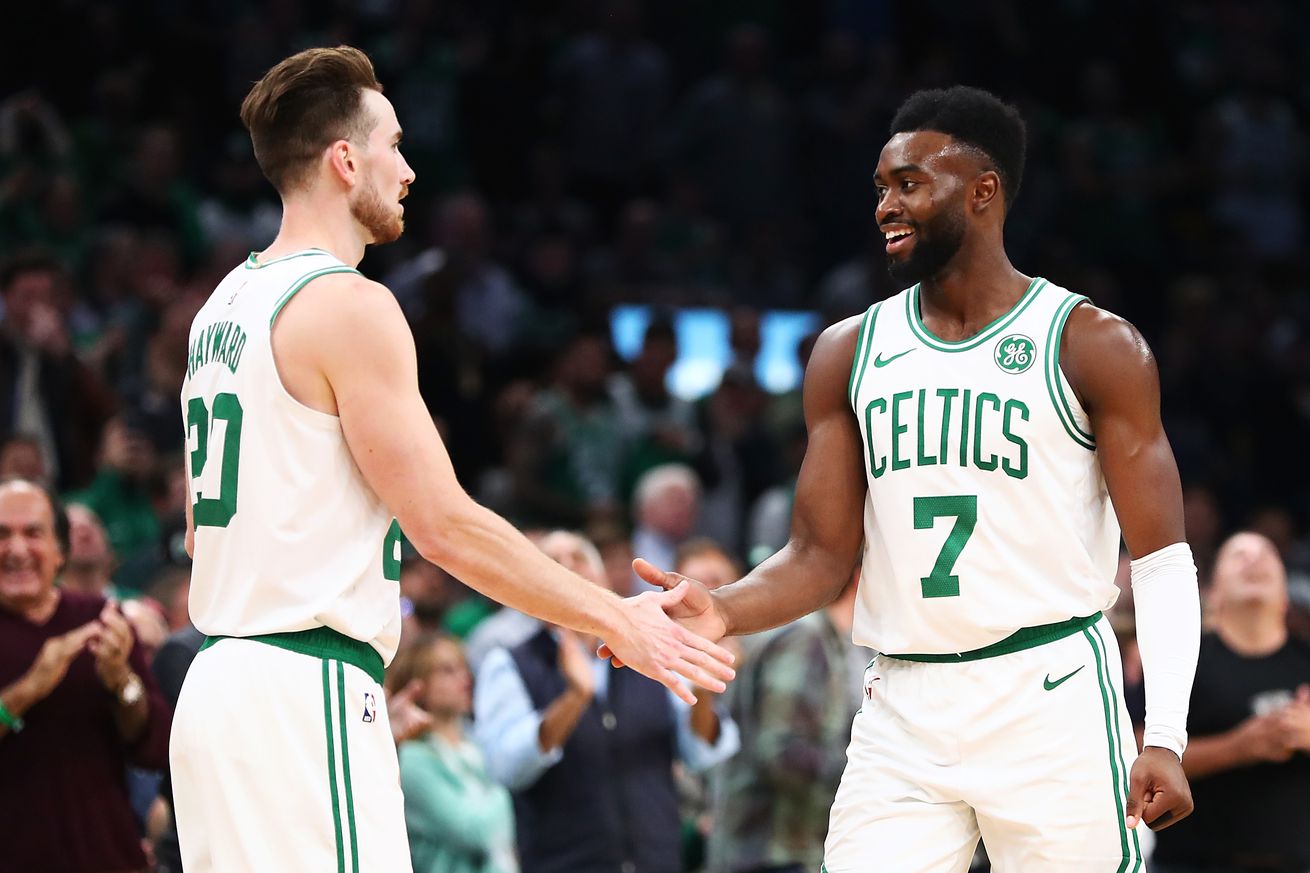 Who should start in place of Marcus Smart?

With Brad Stevens leaving the starting lineup door open, saying “I think it’s somewhere down to 11 guys,” we want to know who you believe should start in place of Marcus Smart.

Jaylen Brown is the likely candidate right now after starting 25 games this season and was the teams starting SG on opening night. Coach Brad Stevens also had Jaylen Brown in the green starters jersey at the teams last practice. Brown though, has only recently returned to the rotation after suffering from back spasms which saw him miss three games.

Gordon Hayward started in 18 games this season and was in the starting lineup in October. His recent string of good play can be attributed to his level of comfort playing from the bench, does the coaching staff want to mess with that?

Terry Rozier started in 14 games this season, mainly due to injuries to Kyrie Irving. Rozier’s overall performances have tended to lift when given starters minutes this season. “Playoff Starter Terry” is worth consideration, although the Celtics would be going very small to start games.

Left field choice Brad Wanamaker has very respectable stats per 36 minutes, but those have largely come against 3rd string opponents. He’s been a solid player who did well in the final few games of the regular season.