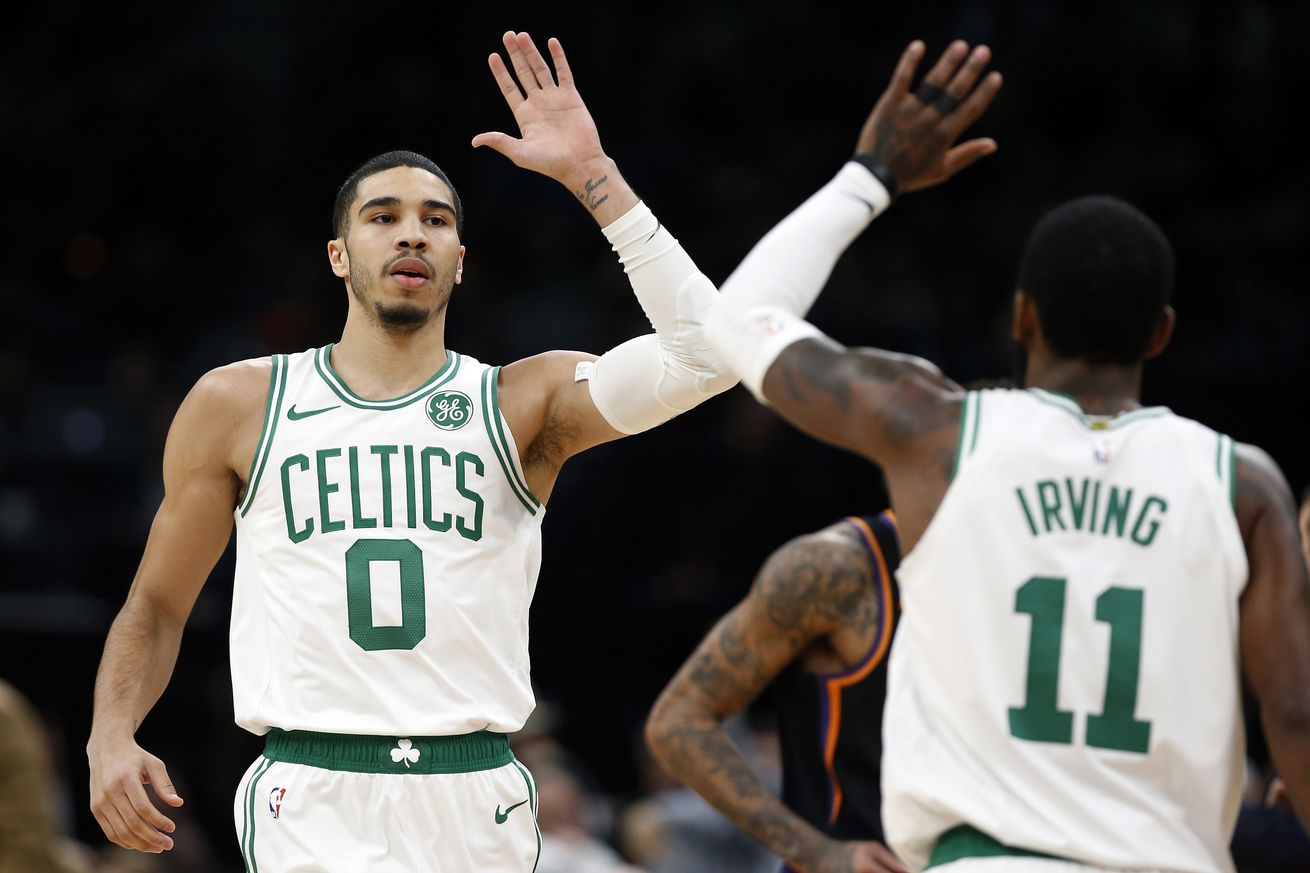 The playoffs are all about adjustments and Brad Stevens may have found a chink in the Pacers’ defense.

The 2018-19 regular season Indiana Pacers were, in many ways, utterly ordinary. They posted a season-long net rating of just +2.9, and they did so in very 2015-16 “We’re One Superstar” Celtics fashion in the wake of Victor Oladipo’s season-ending quad injury. They were profoundly normal.

There were, however, a few distinctive qualities to these Pacers. Their 107.1 defensive rating, which ranked fourth in the NBA, was elite, but it wasn’t just their successful outcomes that made them unique on defense. It was how they got there: by being defiantly and atypically stubborn.

As “switching” screens has quickly become one of the most popular buzzwords and defensive tactics in the modern everyone-is-skilled-as-heck NBA, the regular season Pacers were an isolated rebel force, refusing to surrender to the new convention. Their bigs dropped, their guards smashed through screens, and they didn’t switch.

Game 1 came around, though, and that changed, as the Pacers joined the rest of us in 2019, switching most screens. By Game 2, Brad Stevens was ready to exploit the Pacers’ foray into modernity.

Stevens did so by turning to small-small screening:

The Celtics run a basic side pick-and-roll with Jaylen Brown screening for Kyrie Irving. Darren Collison offers no resistance to the screen, resigned from the start that he and Bojan Bogdanovic are going to swap defensive assignments. Bogdanovic sticks with Kyrie at first, then Irving dumps the ball to Daniel Theis and quickly relocates, stealing a step. Bogdanovic is a non-factor and Kyrie freaking Irving is going to shoot an open 3, so Myles Turner has to contest what looks like a Kyrie jumper. Instead, Irving makes a great decision and hits Theis in stride. Theis’ inability to connect on the easy shot should not overshadow the sound process.

With most of these small-small pick-and-rolls, Bogdanovic was the target:

For the first half’s final possession, Stevens drew up a simple small-small ball screen. Jayson Tatum comes up to screen Cory Joseph. Again, no resistance, and Bogdanovic is at Kyrie’s mercy.

Kyrie is not merciful.

What really kills the Pacers is that Bogdanovic is not alone. The Pacers do not have a single positive wing defender, so the Celtics targeted others as well:

Same story. The Pacers switch with no resistance, so Irving gets to toy with Doug McDermott. He’s ruthless.

As Game 2 progressed and Irving repeatedly embarrassed Pacers defenders on switches, Nate McMillan began to eschew the strategy and resort to his preferred old-world approach. The thing is, the Celtics’ small-small screening was devastating even when Indiana didn’t switch:

Great work by Jayson on the roll pic.twitter.com/tWHC7wOXap

On the very first possession of the game, Wesley Matthews fights through the Tatum screen, but Kyrie threads a perfect pocket pass to a rolling Tatum. With the ball and momentum at the free throw line, Turner must slide over to protect the rim, opening the dive to the rim for Baynes. Tatum makes the right decision, and it’s an easy bucket. Tatum’s ability to handle, finish, and make decisions in the small-small pick-and-roll is devastating. It’s such a lethal combination, Stevens turned to it for arguably the most important possession of the game:

Matthews fights through the screen again, and as he recovers, Irving hits Tatum. Tatum pumps, Bogdanovic compromises himself by hopping ever so slightly forward, granting Tatum the half step he needs to break the defense. Collison steps up to take away Tatum’s path to the rim, Horford seals Thaddeus Young, and Tatum makes the right decision again. It’s all the skills—the threat of the shot, the handle, the decision-making—coming together to end a playoff game.

The Celtics’ use of small-small screening was not limited to creating opportunities for Kyrie and Tatum to victimize the Pacers, though:

In Game 1, Gordon Hayward collected his very first playoff points as a Boston Celtic thanks to small-small screening. The Pacers switch Hayward’s screen for Tatum, which condemns Collison to death by post up. Hayward was not a high-volume post option this year, but especially with a big size advantage, he’s lethal.

The Celtics’ utilization of small-small screening in Game 2 was extraordinarily effective and a significant impetus for the improbable win. Going forward, the team should lean on it even more.

Bojan Bogdanovic is the Pacers’ leading scorer and absolutely integral to them cobbling together any semblance of an NBA-caliber offense. The Celtics have attacked him well, but they need to be ruthless. Let Kyrie and Tatum brutalize him on every possession. Make it hurt to play their most important offensive player. Force switches involving Indiana’s lead guards, Collison and Joseph. Both Hayward and Tatum, given the comically large size disparity, can eat in the post against those two.

The Pacers were proactive, adapting what was a strength in the regular season to suit their opponent. The Celtics responded exceedingly well, but there’s room to keep counterpunching, and if they build on the punishment they administered to Indiana in Game 2, the Celtics should be able to close this out sooner rather than later.