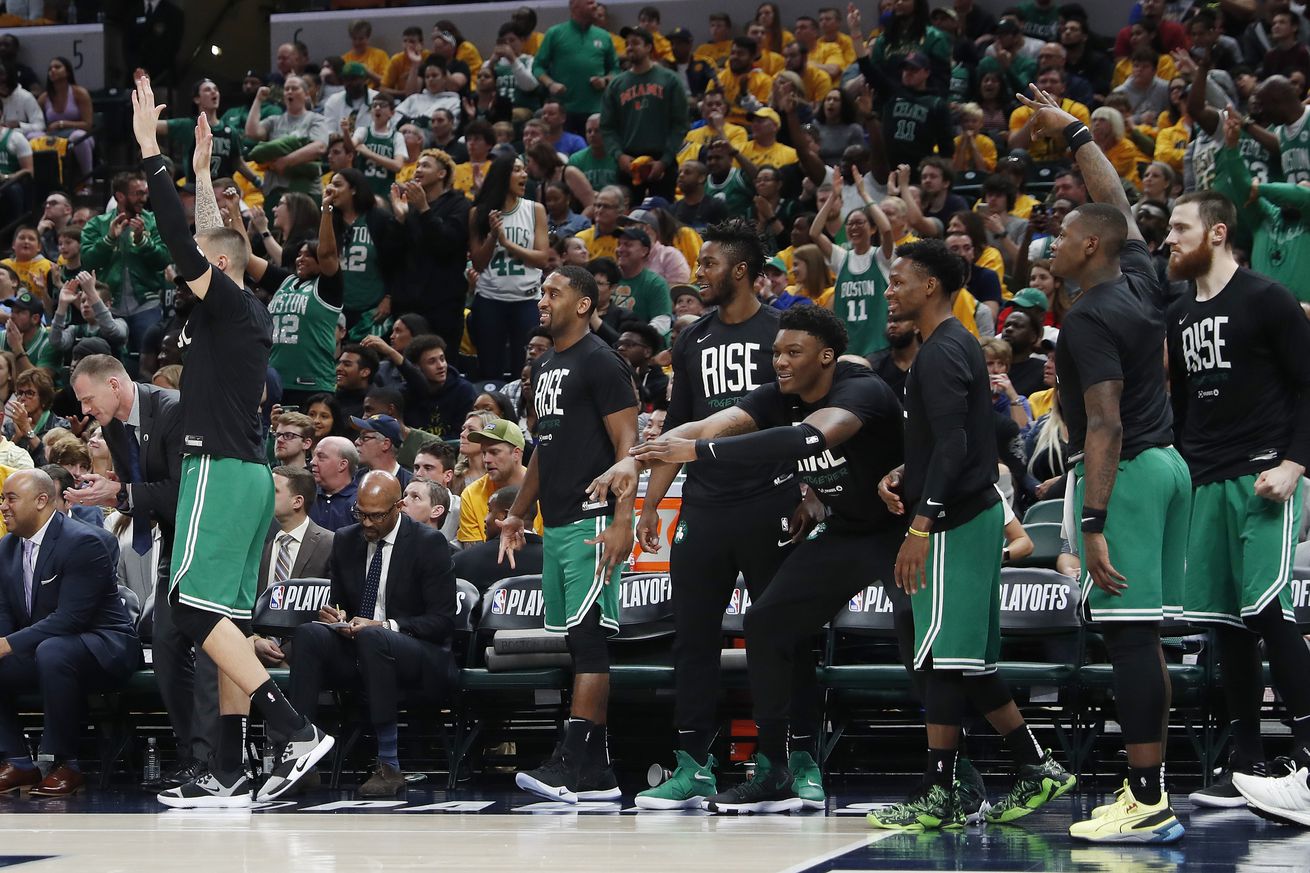 No really, we’re so much better now.

The Celtics are trying very hard to convince everyone (including themselves?) that they are a different team from the one that struggled through several stretches of the regular season.

“We’re not that same team,” Marcus Morris said. “Guys understand the goal ahead and it shows on the court. We pick each other up every game. Every game someone else is stepping up. Our depth has been a strong point for us, and we’re just getting the wins.”

“We’re clicking at the right time,” said Tatum. “We look like the team everybody thought we would be. It took some ups and downs for us to get here. I like the way we look.”

One reason they have the right to feel confident is the depth:

In Game 1, Morris kept the team afloat in the first quarter. In Game 2, Jayson Tatum once again emerged as the budding superstar that he is, icing the game with a dunk in the final 10 seconds. In Game 3, Jaylen Brown was nearly perfect from the field, knocking down all but one of his nine field goal attempts. And in Game 4, Gordon Hayward and Morris took over in the fourth quarter to propel the Celtics to an 11-point lead in the fourth quarter.

Specifically they feel good about seeing Gordon Hayward looking like “the old G.”

“It’s been a long process to get back to where he probably feels as good as he does now,” said Celtics head coach Brad Stevens who also coached Hayward at nearby Butler University. “And we knew that going in, 20, 40, 60, 80 (games) … every 20 games is going to be a little bit better.”

“It was just great to see him like that – as a teammate, as a player, as a fan of the game,” Rozier said. “We invested so much in him this whole year, it’s just good to see him get back to playing at the high level of basketball we know he can do.”

Bonus link: Checking in with Isaiah Thomas – via The Athletic

So this is Thomas’ life now, just two years removed from stardom. Playing pickup games with G Leaguers and assistant coaches and Michael Porter Jr., who one day could be great. Thomas vociferously cheers on teammates and works out with the hope of restarting his career, in earnest, next season.