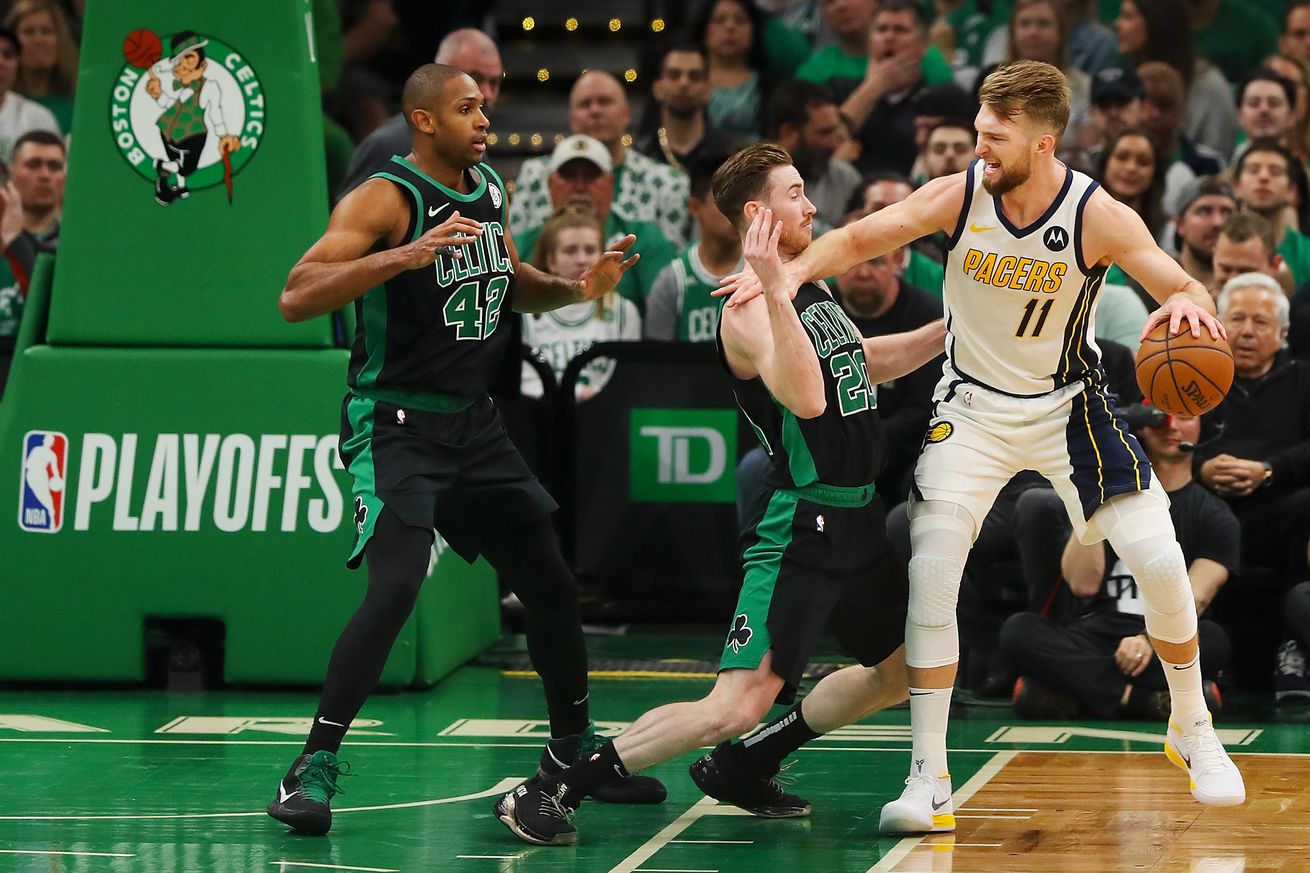 The Celtics stood up to the Pacers and displayed their toughness to take a series lead.

Throughout the lead up to their first-round series with the Indiana Pacers, Celtics coach Brad Stevens was well aware of the style the Pacers like to bring to the court.

And to open the postseason, the Celtics didn’t back down to the Pacers’ physicality.

With hard-nose, physical basketball almost a prerequisite for the playoffs, the C’s exhibited their toughness throughout their 84-74 Game 1 victory, especially by locking down Indiana on the defensive end.

“This is not a series for the timid,” Stevens said. “We’ve known that going in. This is a heckuva team with a heckuva coach. The minute you let your foot off the gas or don’t play the right way you’re going to get beat.”

It looked like the Celtics were going to be the ones on the losing end after a sloppy opening 24 minutes, which had them trailing, 45-38, at halftime.

But the C’s came out of the break and pushed Indiana around by keeping the Pacers on the perimeter. Of the 19 shots the Pacers took from the floor during the third quarter – Indiana hit a measly two of those attempts – only six of those shots came from within the paint.

The Celtics ended up outscoring Indiana, 26-8, in the third quarter which amounted to the Pacers’ lowest scoring output in a quarter in the playoffs in franchise history. The C’s also took care of the boards, outrebounding the Pacers, 55-42, for the game.

“The biggest point we made at the break was protecting the paint,” Stevens said. “Not as much physicality wise, but more from the stand point of those rolls where they got down the middle on us and laid it in. You can’t give teams layups and you got to challenge shots as well as you can.

“Rebounding and owning your space on offense has been our No. 1 and 2 emphases for the last four days. It was disappointing the way they got up under us a little bit. We knew they would come at us. … They get after you. We knew that was coming. Still shocked us a little bit, but we did a great job on the glass for the most part.”

Indiana’s physical defense certainly disrupted Boston’s offense as the Pacers forced 17 turnovers and held the Celtics to their lowest scoring output of the season. The Celtics had lost all nine of their games in the regular season when they scored below the century mark.

But the C’s reciprocated Indiana’s toughness in the second half with their own stout defensive play and intensity. Kyrie Irving looked more locked in on the defensive end while Al Horford and Aron Baynes patrolled the paint to help limit the Pacers to 33.3% shooting and claim a win that felt like it belonged in a different era.

“(Indiana is) a team that just plays hard. They play the right way. They’re tough,” Horford said. “You have to match that in order to have any chance. I feel like the third quarter was huge for us.”

Horford added: “Both teams are really locking in on the things that we want to do. Our tendencies and things like that. They just did a good job defensively and so did we, 84-74, that’s old school right there.”