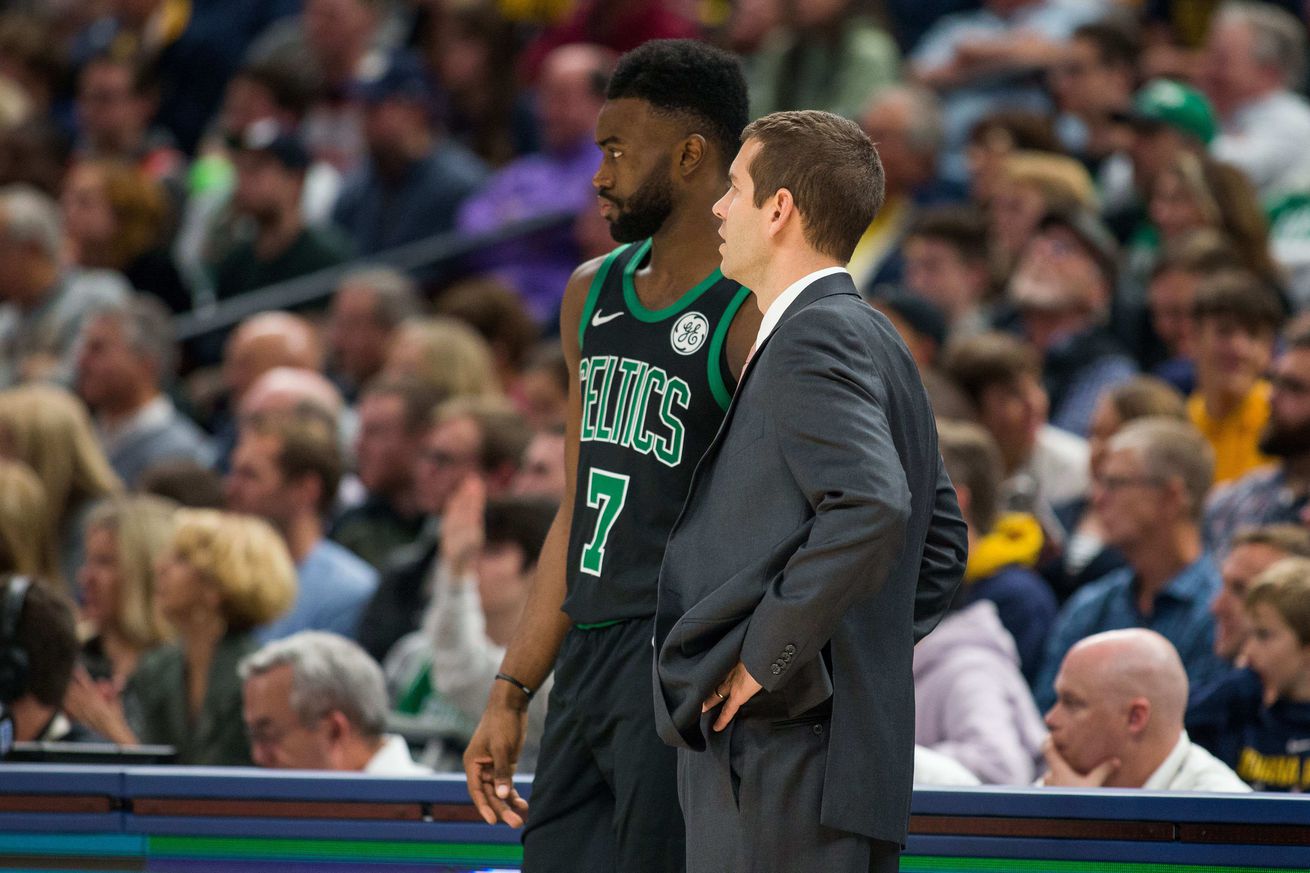 Boston has turned the page on its bumpy regular season and looking to fulfill its preseason goals in the playoffs.

There are only so many sports clichés describing the change of the NBA season in April. After the long winter of an 82-game grind, the playoffs come and hope springs eternal. As head coaches and executives of lottery teams fall around the league, championship contenders see the post season as a chance to start again. Aron Baynes used the ol’ “it’s 0-0.” Brad Stevens called in a “reset button.” Jaylen Brown was a little more poetic and called it “Christmas time.”

The Celtics finished the year 49-33. It was their first season without a win total improvement under Stevens. For a team that some pegged as a 60+ win team and the favorite in the East, the regular season was a resounding disappointment marred by locker room drama and inconsistency on the floor. And even with the immediacy of the playoffs a day away, there’s also the looming uncertainty of the off season in some people’s minds.

“To be really candid, I don’t think anybody is thinking what happens this summer at all. I think we’ve got a sense of urgency because it’s the playoffs and this is what we’re all really excited about doing,” Stevens said after practice on Saturday. “This has been a year, well documented, that has been up and down on what we had hoped, but that’s part of it. And now, you get to hit a little bit of a reset button and get after it.”

While they post season officially start today, Boston has been in playoff mode since the end of March. The Celtics swept two home-and-home series against the Heat and Pacers to help clinch home court advantage. Kyrie Irving has looked like the closer Danny Ainge traded Isaiah Thomas for two years ago. Gordon Hayward has regained much of his pre-injury form. The re-insertion of Aron Baynes back into the starting lineup next to Al Horford has shored up the defense and given the team an edge and grittiness that’s been absent all year.

“Our key, as is every time we step out onto the floor, is following Brad’s system. If we stick within Brad’s system, that’s when we look good, when we play well,” Baynes summarized after talking X’s and O’s about the Pacers. “He has them very well scouted. He has us knowing what we need to do. It’s just a matter of making the most out of every single possession and going out there valuing the ball.”

Even though the Celtics seem confident heading into Game 1 tomorrow afternoon, there are still some lingering questions. With Marcus Smart sidelined with a partially torn oblique muscle, Brad Stevens still has yet to name a new starter. On Saturday afternoon, he talked about potentially shortening rotations and and adjusting lineups.

“In the playoffs, inevitably, you change anyways. Whoever we start with, end with, play in the middle, whatever the case may be, that’ll probably be different than three games from now. That’s just the way it goes, Stevens said. “It’s all about just trying to win the next possession with whoever’s out there. All this stuff about when you play best and everything else is obviously very important, but I’m not worried about it from the standpoint of a guy feeling more comfortable coming off the bench. I think they’d all vote to start.”

The likely candidate is Jaylen Brown. He’s been seen wearing starter green at practices this week and the usually cool Brown was even keeled at the potential of starting against the Pacers. “It don’t matter to me. It’s not my decision. I’m on call. I just gotta be ready with whatever happens,” Brown said.

He continued, “in the playoffs, it’s different. The match ups, everything comes into consideration. At the end of the day, it just becomes basketball. You just want to be on the floor. In the playoffs, it don’t matter who starts or coming off the bench or sweeping the floor. You just want to be out there during playoff time especially with the Celtics because it’s probably one of the best environments probably there is in the NBA.”

Baynes echoed the same sentiment. “We have home court advantage for the first round, so we’re going to go out now and try and take advantage of it. The fans are going to be out there, supporting us 100%, so it’s going to be fun. It was a hell of a time last year in the TD Garden and I’m looking forward to it again.”

As much as Stevens preaches living in the moment, it’s hard not to think about building on past post season success. Two years ago, Isaiah Thomas carried the team to a conference final before losing him and bowing out to the Cavaliers. Last season, without Irving and Hayward, they were a game away from The Finals.