It sounds like the Boston Celtics dodged a bullet with regards to a major injury with All-Star forward Jaylen Brown a scratch for the team’s Wednesday night tilt with the Orlando Magic due to a sprained right ankle, per Head Coach Brad Stevens.

Speaking with the media after a rare in-season practice, Stevens related that Brown would miss the road game with the Magic, but would be “day-to-day” moving forward, suggesting the sprain aggravated by a collision with teammate Jayson Tatum at the end of the 129 – 119 loss to the Portland Trail Blazers this past Sunday night is not severe.

Brad Stevens shares Jaylen Brown will miss at least the game with Orlando with a sprained ankle, but will be day to day after that. Kemba and Jayson sound likely vs. the Magic.

No official word on whether either Tatum or Walker will be available against Orlando, but from the sound of things, it may be a game-time decision or better. 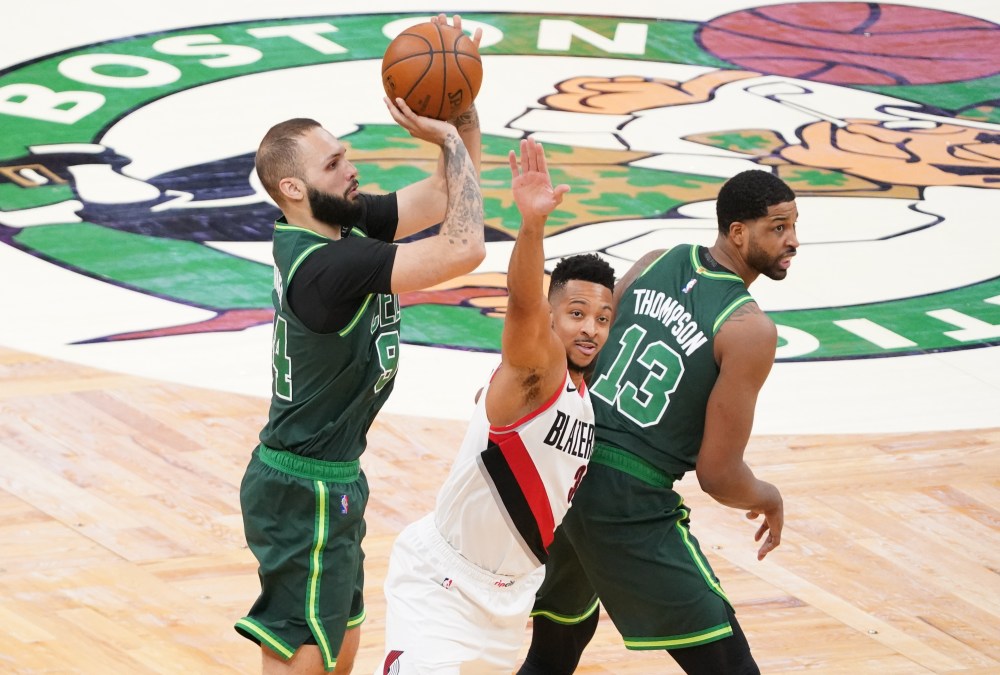