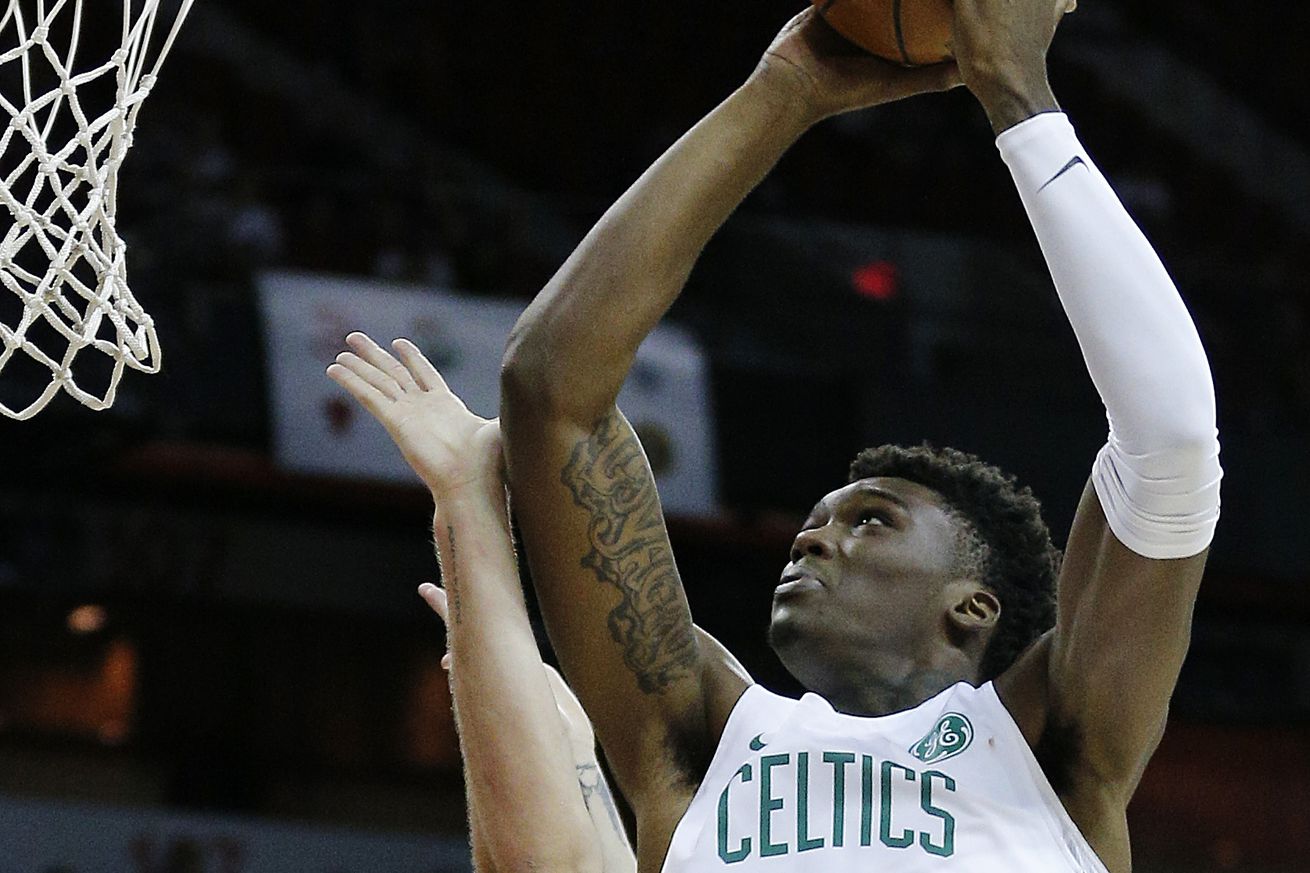 If The Timelord can fast forward his development, there’s an opportunity for major minutes next season.

Brad Stevens has given Robert Williams unsolicited praise during the off-season. Gordon Hayward, who has reportedly been at The Auerbach Center a ton since the playoffs ended, recently pumped him up on his appearance on Pat McAffee’s podcast:

Sky’s the limit for him, man. He’s long and athletic, jumps effortlessly to block shots or to catch lobs. He’s somebody that I’ve been in the gym with. I’m hoping that he continues to work and progress and I think he could be a monster for us. –@gordonhayward on @rob_williamsIII https://t.co/EAVoCQFvOQ

To hedge his bets, Danny Ainge has signed a handful of veterans to man the middle: the defensively-challenged Enes Kanter, Euro import Vincent Poirier, and two-year vet Daniel Theis. They’ll all get looks at the 5 depending on match ups, but if Robert Williams can put his development into overdrive this summer, he’s the ideal candidate to get the nod. The vets are all on two-year deals whereas Williams is under a team-friendly, cost-controlled rookie contract for another three years. If Timelord is part of the foundational future of the franchise, there is no better time than the present to show it.

On offense, Williams’ highlights will be of the dunking variety, but if he wants to stay on the floor for extended periods of time, he’ll have to be effective at the nail. That means setting hard picks, reading defenses on dribble hand offs, making the right pass, and extending his limited range. Basically, be Horford. Of course, that’s no small task.

The Celtics are still a team whose best players are at the wings and a capable big on the floor opens up all their games. So far in Summer League play, we’ve seen mix results from Williams. Part of Horford’s game was that automatic mid-range jumper; last year, he hit an astounding 54.7% (league average was 40.3%) from outside of the key and under the three-point line. In the first Summer League game against Philadelphia, we saw some of that from Williams. It was obvious that it was something that he’s been working on and wanted to test drive, but head coach Scott Morrison shut that down right away.

Williams is not exactly wrong to take those shots, but that’s just not a strength yet. If he wants to utilize his personal gravity, he’s got to suck defenses into the paint with his rim dives. That should cause some defensive rotations and open up kick outs to the weak side and lob Rob opportunities.

He’s shown some flashes of ball handling and agility, particularly in transition:

Ultimately–at least until he starts rounding out his offensive game–Robert Williams’ big impact will be on D and even on that side of the ball, he’s still a work in progress. Without a doubt, Williams has the raw tools and athleticism to be a defensive force in the same mold as Rudy Gobert. His reaction time combined with his length makes him a dangerous shot blocker and a threat you can see opposing teams feel on the court.

Trying to keep up pic.twitter.com/FOBcaFPFRm

However, he could turn into Javale McGee. Williams, like McGee, can oftentimes load up for a rejection. They’re spectacular plays, but over a hundred possessions in a game, at best, you might get a piece of five of them. It’s the other ninety-five that you have to worry about and that’s where positional defense comes into play.

Not great awareness from Rob pic.twitter.com/6kqBfZtKDN

Awful possession from Rob to start. No chance at the block, chasing it leaves Bolden completely uncontested for the putback pic.twitter.com/sFormy7gQP

So many times, Williams is caught either frozen in time, midair as the play develops around him. The Timelord needs to be more disciplined.

For the most part, Williams has seen incremental improvement from the end of last season to now. Here’s assistant coach Jerome Allen to MassLive’s John Karalis:

“I was happy with is progress from where he was prior to the start of summer league practice. Still a lot of holes. I think we’re all a work in progress, but I saw incremental changes so I’m happy about that. Still want him to rebound, still want him to get out and run and be a threat at the rim, and not stare at actions, and talk on defense and be where he’s supposed to be, but it was progress.”

Only time will tell if Williams will be ready for next year. The 21-year-old enters just his sophomore season with youth and patience on his side, but that can often be more curse than blessing. The Celtics front office has reconfigured the team’s timeline to better build around its young core. For Williams to be included in their plans, he has to make a developmental leap commensurate to his pogo stick hops.