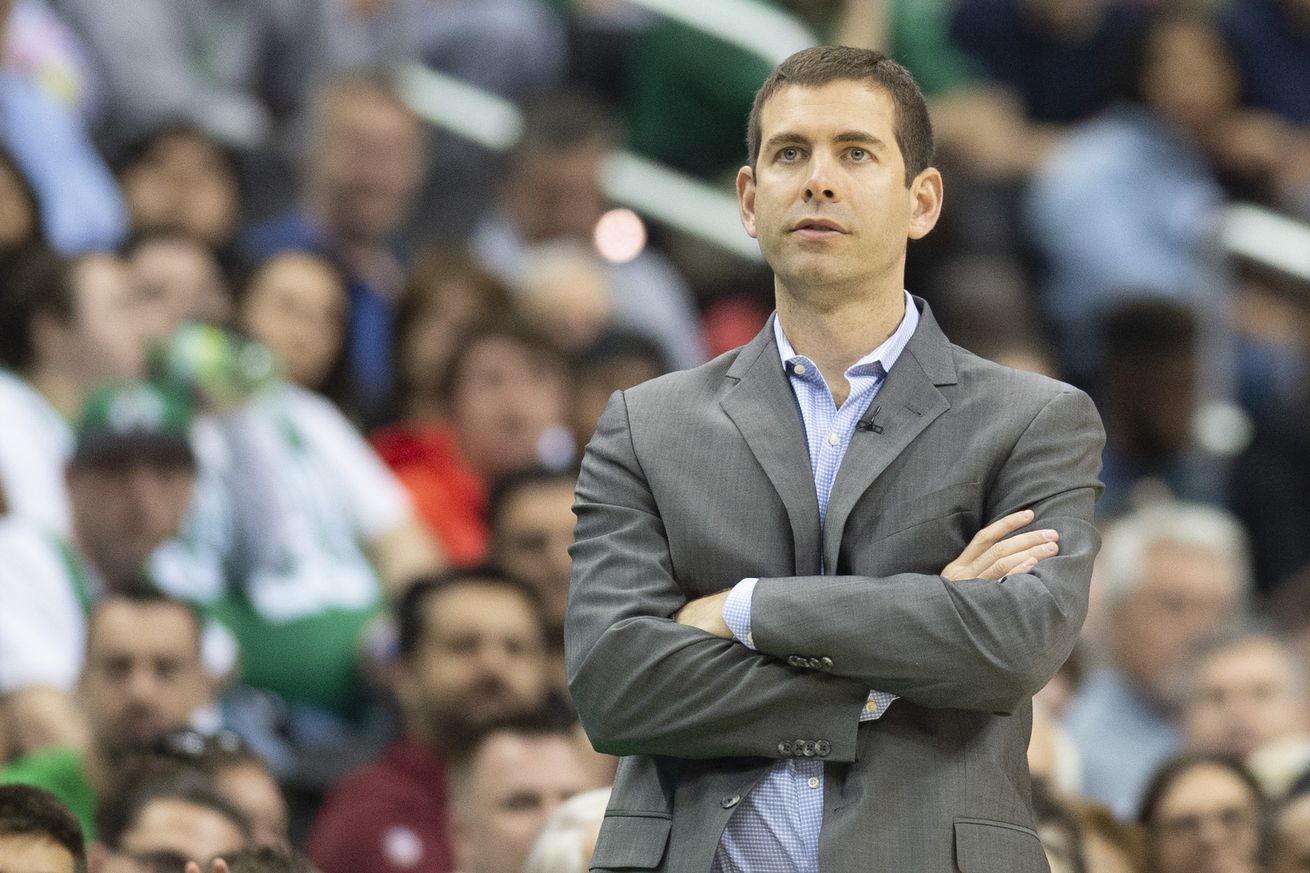 The Celtics head coach is in no rush to name a starter.

With Marcus Smart out four-to-six weeks with a left oblique tear, Celtics coach Brad Stevens is keeping it close to the vest on who he will insert into the starting lineup in place of Smart.

While Stevens said he has an idea on who he is going to give the starting nod to, he isn’t ruling anyone out as the Celtics prepare for their first-round series of the NBA playoffs against the Indiana Pacers, which starts Sunday at 1 p.m.

“I think it’s somewhere down to 11 guys,” Stevens joked.

Stevens added: “I got an idea, but I’m going to see how the next couple of days play themselves out, too. We got two more days of practice, we’ll see. And starting isn’t that important to me, how we rotate is probably more important to me, but we’ll see.”

While it isn’t crystal clear at the moment who will get Smart’s starting minutes, Stevens did shed more light on Smart’s injury and it isn’t promising.

“Four (weeks) is pretty aggressive from what I’ve been told,” Stevens said. “So we’ll see what happens.”

Many consider Jaylen Brown and Gordon Hayward frontrunners to jump into the starting spot with Smart sidelined and reports from practice could give an early clue as to which way Stevens is leaning.

Who starts in place of Marcus Smart?

Brad Stevens: “I think it’s somewhere down to 11 guys.”

Pressed on topic: “I’ve got an idea, but I’m going to see how the next couple of days play themselves out, too.”

Brown started in 25 of the 74 games he played in this season, but 19 of those starts came in the first 20 games. But after a dismal beginning to the season, Brown has turned around his play to become a critical factor off the bench by averaging 14.2 points per game over the last month.

Stevens utilized twenty-three different starting lineups over the course of the regular season and it isn’t just a plug and play decision for the coach. Stevens will go through a variety of factors before finalizing the starting unit in advance of the Game 1 tilt against the Pacers.

“You go through everything. Every piece of information with regard to what groups play best together, who complements who, who matches up well with Indiana both starting and off the bench, how you want to play with your first unit, second unit. All those things,” Stevens said. “It’s no different throughout the regular season when we’re missing guys, but obviously you spend a lot more time on one opponent than you do in the regular season.”