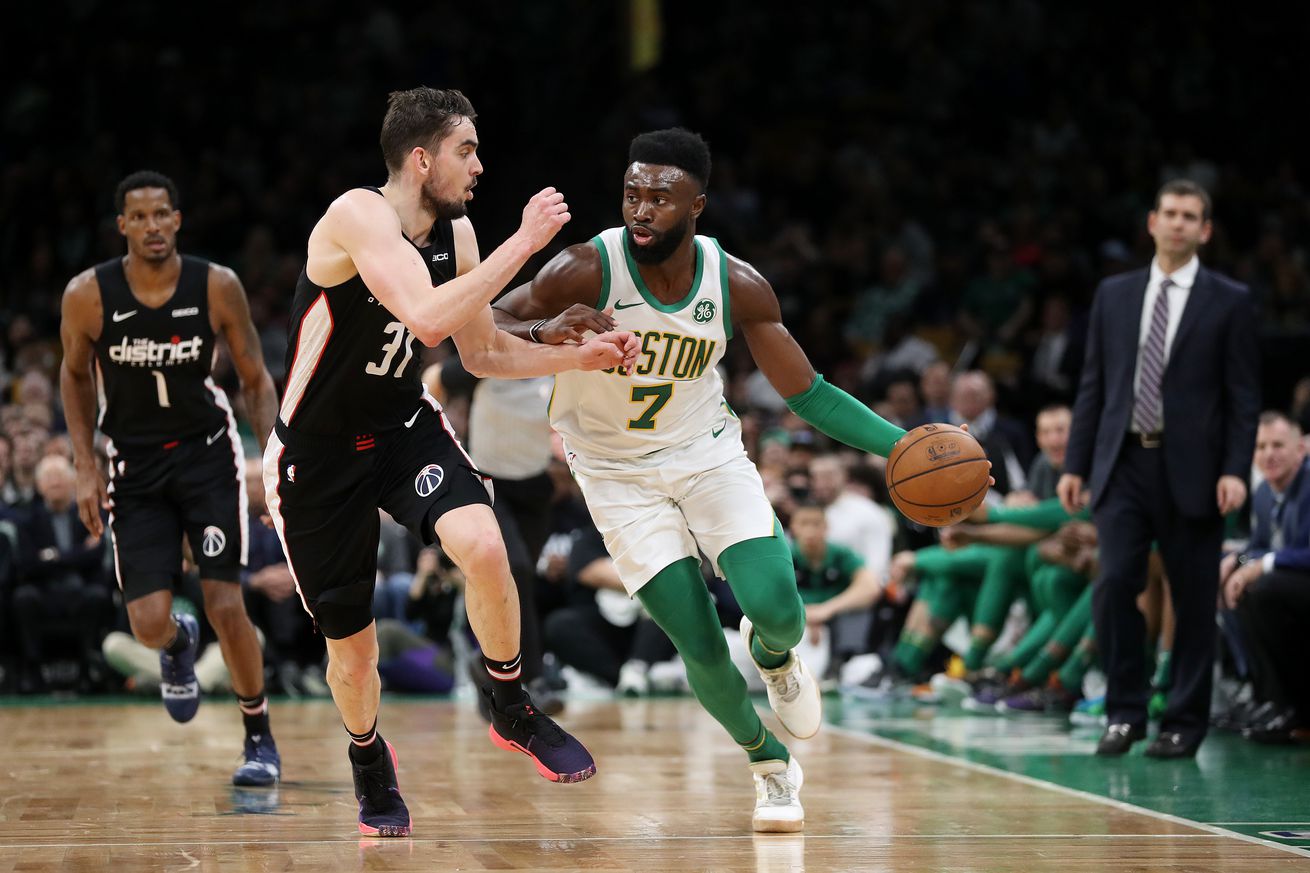 When Al Horford came up with a critical block to prevent Indiana’s Bojan Bogdanovic from extending the Pacers lead to two possessions with just under a minute left to play, the ball fell in Jaylen Brown’s hands.

Brown then raced up the court and charged toward the hoop. And unlike previous times throughout his three NBA seasons, Brown didn’t force up a contested shot at the rim.

Instead, Brown whipped the ball to the corner for a go-ahead Jayson Tatum 3-pointer with 50.8 seconds remaining. It proved to be the game-winning basket in the Celtics 99-91 Game 2 win over the Pacers and had Brad Stevens raving about Brown’s assist.

“It started with Jaylen’s kick out in transition, which is one of the best plays I’ve ever seen him make,” Stevens said. “I told him after the game, I’m so happy for him. Just thinking about him driving left, jumping up in the air and delivering a pass to the opposite corner is a tremendous, tremendous play.”

Brown offered a little more insight into the details of that conversation he had with Stevens.

“He was just smiling,” Brown said, “and said, ‘That was a helluva play. That was a big time play.’”

Brown added: “I said to him, ‘You probably thought I was going to lay it up, didn’t you?’ He laughed and said, ‘Nah, I knew you were going to make the right play.’”

While Brown didn’t fill up the stat sheet, scoring just six points on 3-of-6 shooting while also grabbing nine rebounds, including the one that allowed him to breakout on his drive to the hoop in the final seconds, he stayed locked in and showed his continued development.

“It was a simple read really,” Brown said. “Myles Turner came over to help. I think he’s leading the league in blocks. Watching film, having an understanding of their personnel, our personnel, I just wanted to make a play and Jayson Tatum hit a really big shot and it helped us.”