For the second time in a month, Boston Celtics All-NBA forward Jayson Tatum has been named the Eastern Conference Player of the Week for week 19 of the 2020-21 NBA season, spanning April 26 to May 2.

The Duke product averaged 42.7 points per game — the most in the league for that week — 6 rebounds and as many assists per game over that stretch while shooting 54.4% from the floor and an absurd 59.1% from beyond the arc. Added to the Player of the Week award Tatum won earlier in the month and another previously this season, the St. Louis native has become the first Celtic to garner three such awards in a single season since it was done by iconic Boston big man Kevin Garnett.

His Western Conference counterpart in this honor is Phoenix Suns guard Devin Booker.

Tatum has quietly but steadily turned up the heat on a case for his second consecutive All-NBA season, averaging 26.5 points, 7.4 boards and 4.4 assists on the season as a whole after a torrid April boosted his profile.

Boston Celtics player grades for April: trending up, but much work, little time to do it 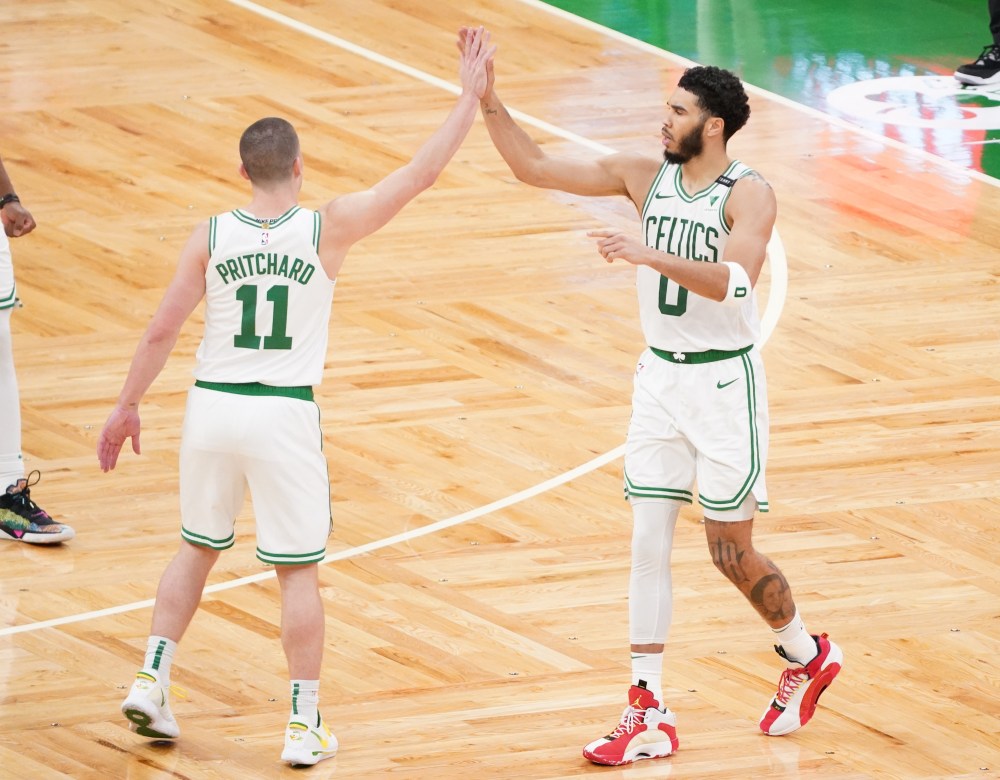