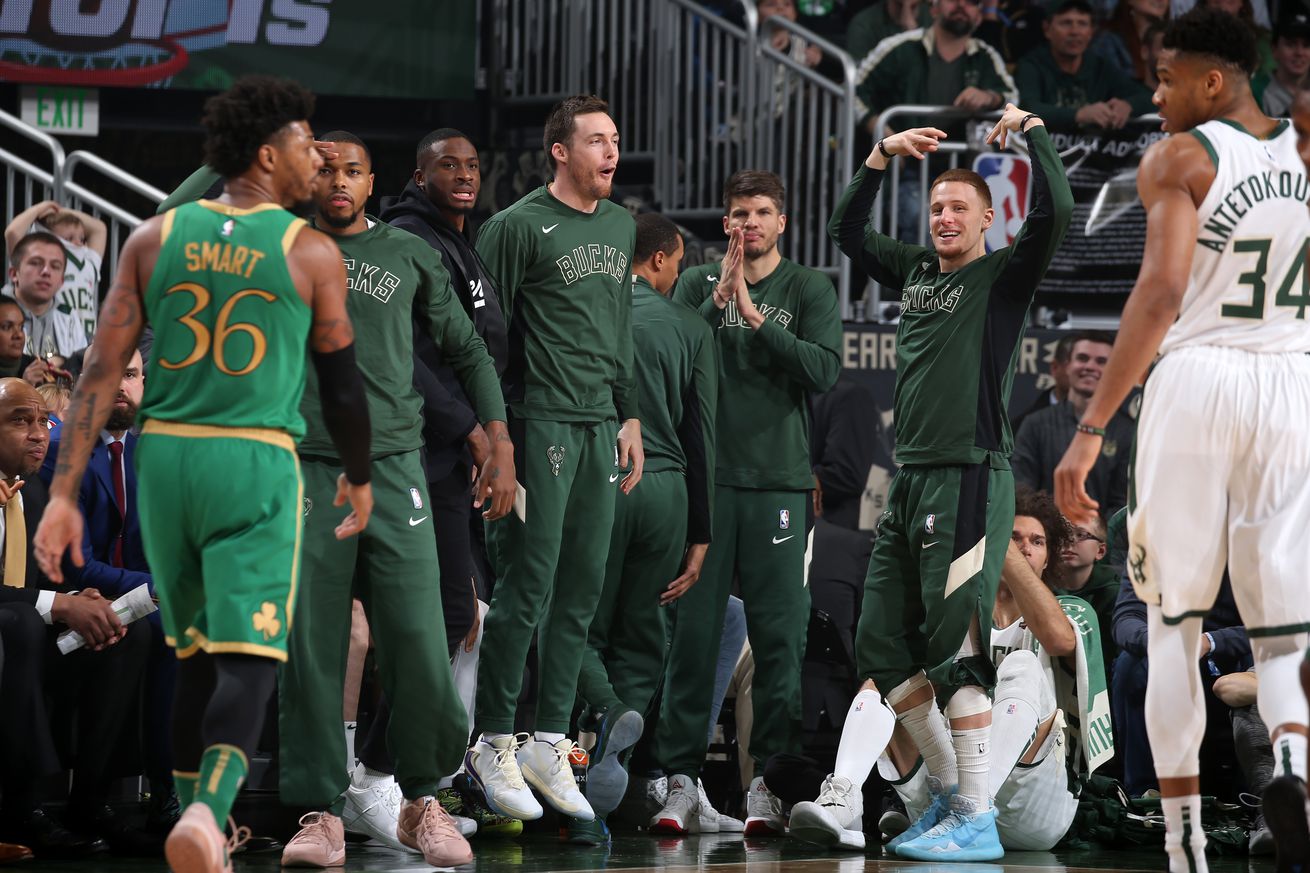 For a moment it looked like the Celtics might have another comeback in them. That moment was fleeting.

The Boston Celtics got themselves in a major first half hole before mounting a spirited comeback victory in their first game against the Milwaukee Bucks this year. They opened their second matchup with the NBA’s winningest team in a similar fashion to their original affair, trailing the Bucks 76-58 at the half.

Boston had no solutions for Giannis Antetokounmpo, who notched 32 points, 17 rebounds, 7 assists, and 2 blocks. The Greek Freak powered his way to the hoop, scoring nearly at will, and drawing fouls any time he was unable to finish. If the Celtics committed extra bodies to slow him, he found open shooters.

Milwaukee’s cadre of three-point bombers hardly missed when Antetokounmpo kicked the ball out to them. Or when they pulled up. Or running off of screens. Or after executing absurd dribble moves.

The Bucks hit on a scorching hot 51.6% of their triples. That number spiked to 61% for all players not named Giannis. Donte DiVincenzo was particularly effective, cashing out on 4 of his 6 three-point looks.

Boston – playing on the second game of a back-to-back and in its third game in four nights – did little to deter their opponents from beyond the arc. The Celtics struggled to overcome their clearly heavy legs, opting too frequently not to close out on open shooters when their defense broke down, which it frequently did.

It looked, for a moment, as though Boston might recreate the come-from-behind competence it demonstrated in the team’s first matchup with Milwaukee, cutting the Bucks lead to as low as four behind a bit of increased effort, a touch of shooting regression on the behalf of their opponents, and a whole lot of Kemba Walker.

The Celtics’ jitterbug point guard finished the evening with 40 total points, including a monster 24-point second quarter that spurred the Boston run that brought them back into a competitive range in the third.

Daniel Theis played a supplemental role to Walker’s star. The German big man contributed in a variety of ways, finishing the night with 12 points, 9 rebounds, 1 steal, and 2 blocks, including a monster rejection of Antetokounmpo.

Daniel Theis with a gargantuan rim rotation on Giannis pic.twitter.com/pSBxWQtN3I

Ultimately Walker and Theis’ efforts were for naught, as the Bucks pushed their lead back to a comfortable margin to close out the third. Milwaukee led by double digits for the majority of the fourth quarter. The Celtics made things interesting in the game’s final minute, getting within four down the stretch, though any real hope for a victory was relatively limited given the time constraints they faced.

Boston’s loss was far from inspiring, but using it as any kind of significant barometer for how they stack up against the Bucks is probably unwise. The Celtics were without Jaylen Brown, and looked every bit as ragged as Milwaukee looked well-rested.

Guarding Antetokounmpo isn’t going to get any easier, and Boston should be very concerned about that fact, but this particular effort didn’t paint an accurate picture of what the Celtics are capable of doing against a very good Bucks team when they’re firing on all cylinders. Perhaps we’ll see that when the two squads face off again on March 12.