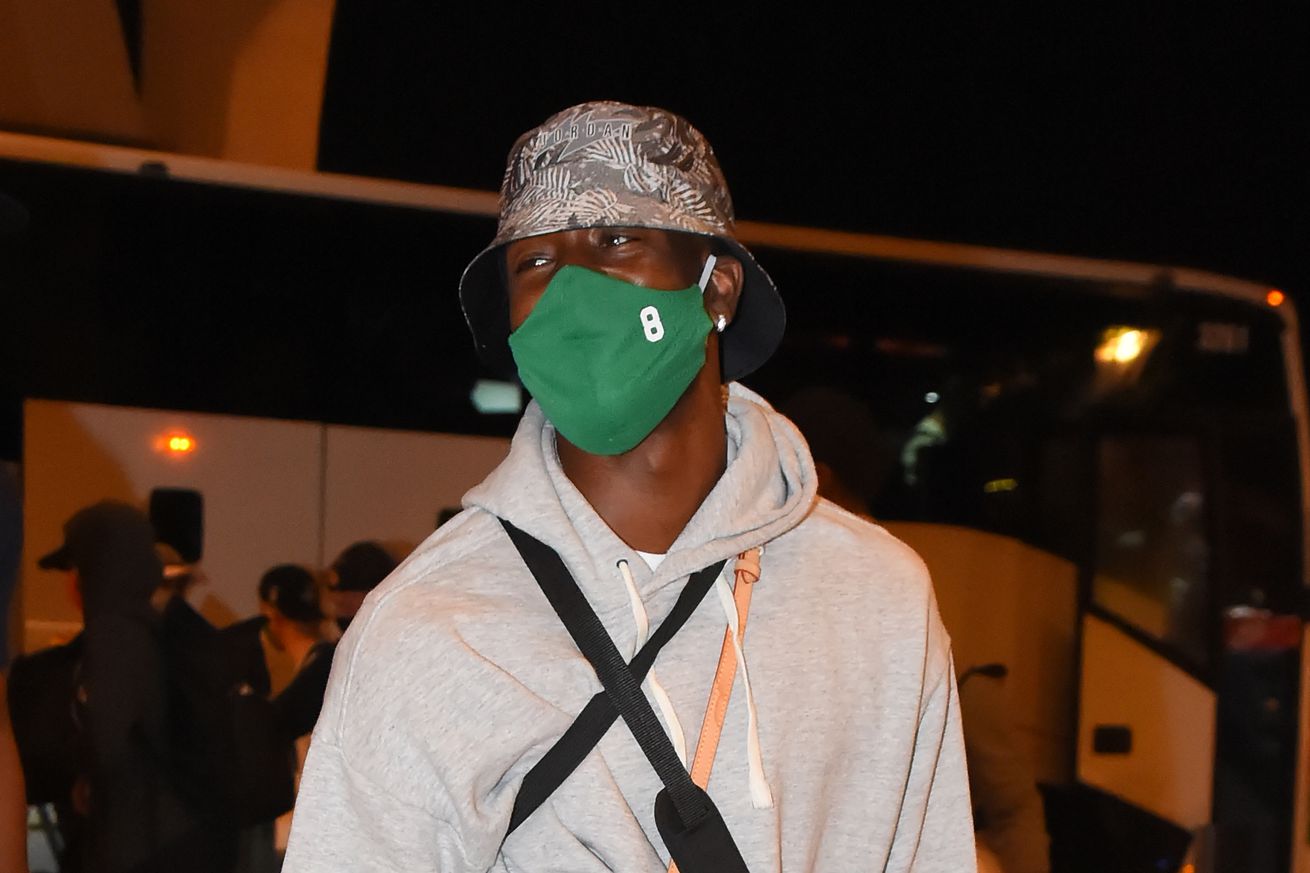 It seems a break of four months did the Boston Celtics some good in the health department. In a rarity for 2020 (really for the last several years) the Celtics had all 17 players on their roster available to practice at the same time.

Brad Stevens confirmed that all 17 Boston players, and all of the Celtics staff at Walt Disney World, had registered the necessary negative coronavirus tests to take part in practice. Stevens said the team was a bit late getting started, but that they used about “an hour-and-a-half of our allotted three hours of time. And that was fine. We won’t use the full three hours very often, at least not this early on.”

Stevens went on to say that despite the fact that the team was practicing in a converted convention center ballroom, that they had everything they needed, including a weight room and other training equipment.

Stevens did note that the Celtics are going to monitor All-Star guard Kemba Walker throughout the ramp-up to play: “We’re taking things slowly with Kemba Walker, so he’s ready to go in the seeding games and playoffs.”

As expected, the players were a little rusty after so much time away from basketball. Stevens said “Overall, we looked very good. Moving good. Physically good. We were able to do things on the fly. We had some turnovers and fumbles, but that’s to be expected. The good news is everyone wanted to play more when we were done. We can build up over the next few weeks.”

As if taking a cue for their head coach, Jaylen Brown and Semi Ojeleye said that their focus is where it needs to be. Brown said the first full-squad practice back wasn’t too far off from the first practice of training camp: “It wasn’t too different. A lot of guys had a lot of high energy. We know we’re on a mission.”

When asked about the living conditions in the bubble, Brown said he isn’t going to spend any of his time on complaining. He noted several times that he came from humble beginnings and said “I have bigger things to focus on.”

Brown talked about those bigger things being a combination of basketball and focusing on social matters. To that end, Brown has deactivated his Instagram account. He said he did so to avoid getting into bad habits while in the bubble and to keep his focus on what’s important. Brown said “I want to use this time to educate myself and to communicate with my teammates and the NBA on how we can come together.”

When asked what message he plans to put on his jersey, Ojeleye said he has chosen the phrase “Love Us”. He shared that message has importance to him because “We have to treat people right, and the only way to do that is to love people, regardless of skin color, ethnicity, where they are from, what they believe in … to do that, you have to love them.”

The Celtics will practice again tomorrow, as they prepare for their first scrimmage game on Friday, July 24. Boston will open the resumed season with the first of their eight seeding games on Friday, July 31 against the Milwaukee Bucks.