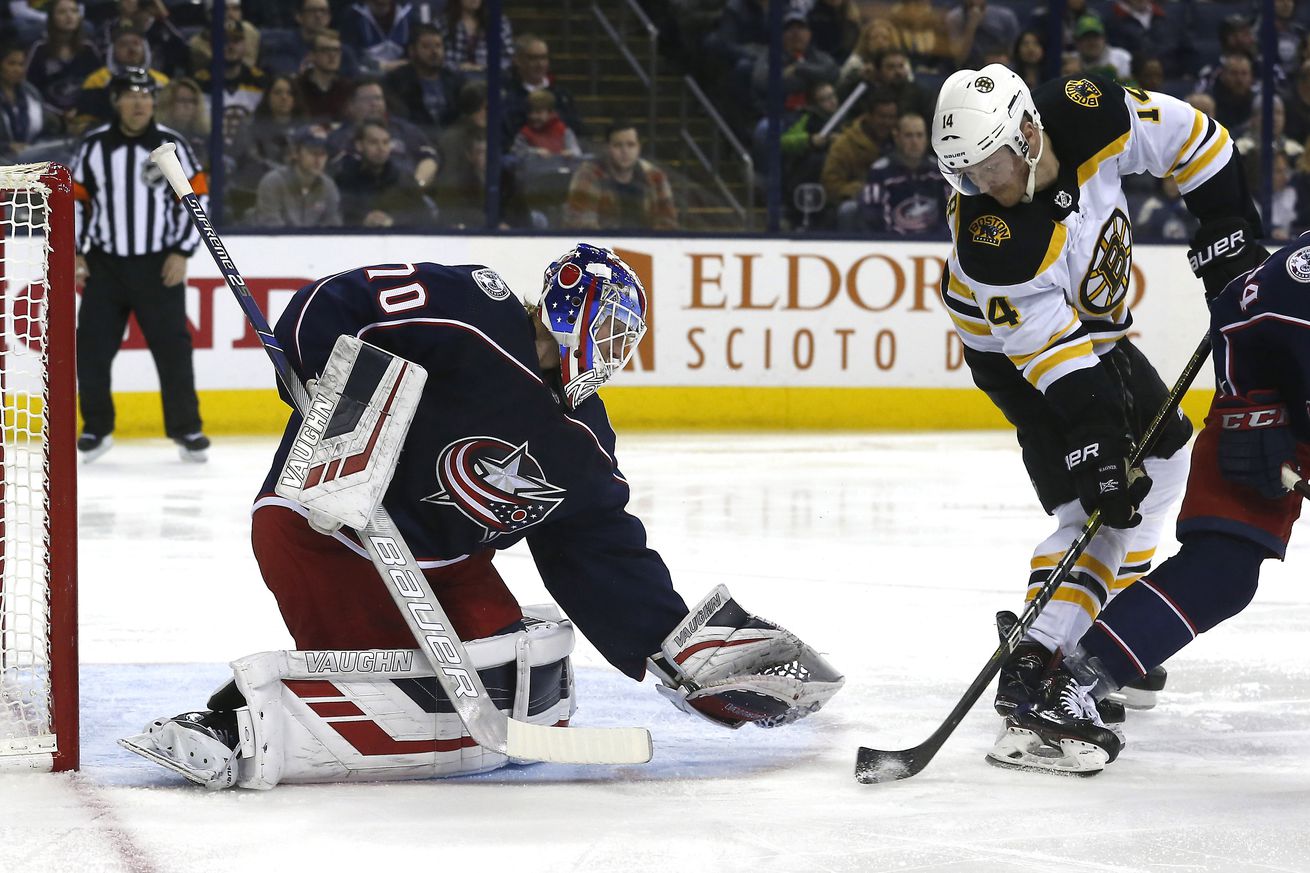 A lot can hinge on small things. Especially in round 2, where we’re supposed to separate the truly good from the merely lucky.

Alright! Second round! The B’s opponents; the Columbus Blue Jackets. A lot of this team can be marked and tracked, but some bits are just nebulous but just tangible enough to be commented on. Let’s talk about a few of them!

How rest will affect Game 1…and down the stretch:

Columbus has had a couple weeks, Boston had..less than 48 hours. On one hand, the wear and tear of having to struggle like crazy against Toronto is still very fresh and open on the bodies of the Bruins, while Columbus has had practically all the time in the world to get ready for this. On the other hand…History has also shown that the team who has rested more often has trouble getting back into the level of intensity needed to face their opponent who is high off a series victory.

For all the talk about how officiating goes out the window in the playoffs, there’s no doubt that some teams still manage to find a way to get calls going for or against them. And almost nobody is as good at staying on the right end of a call than the Jackets, who’ve played every bit of the John Tortorella game and then some…but also have been very good at staying out of the box, with a measly 8 minor penalties taken this playoffs, and a good majority of them taken in one particularly chippy game. And the guys they’ve picked up or drafted (especially Seth Jones and Zach Werenski) have certainly enjoyed playing in the Columbus power play and have turned it into a potent weapon for CBJ as a result.

The Bruins penalty kill, to their credit, has been great so far…but it’s probably better for Boston if they don’t try and test it against a team that seems pretty interested in capitalizing on lapses in judgement, in part because only one team in the playoffs right now has a better power play % than Boston…and that’s Columbus.

Hard matching the Jackets top six and top pairing is unsurprisingly going to be essential to the B’s success in this series. Matt Duchene, Oliver Bjorkstrand, Panarin, Dubois and the like are all guys who should be well defended and kept as far to the outside as the boards allow them to be. But one of Columbus’ strengths so far has been the very strong play of their depth, with guys like Alexandre Texier and Scott Harrington, of whom nobody paid much mind previously, were instrumental in their admittedly short series against Tampa. Sure, Seth Jones got to be the hero in their miraculous Game 1 comeback, but it was built on the backs of guys like Nick Foligno and David Savard working their butts off.

To say nothing of course about Ex-Bruin Riley Nash, who while his miserable year in point totals may look like he’s a shadow of his former self, has remained a markedly difficult player to play against for opposing offenses, as his noted defensive acumen remains quite strong.

Sean Kuraly and company have had a pretty solid postseason so far, but definitely need to bring their Game 7 effort into this series. They will not be dealing with the mere corpse of Patrick Marleau and the collection of detritus around William Nylander.

Getting Torts to Torts it up:

John Tortorella is certainly a coach with a flexible, tough to face game plan and can never really be counted out, as we’ve learned all too well from the Jackets drubbing of the Lightning. and his unrelenting pace of play that can have seemingly anybody join the rush if he so desires them to…But he’s still John Tortorella. He’s really, really particular about individual performance, and has been known to slash guys ice times by considerable amounts if they’ve had bad enough games and in general get on their case for having these bad performances, or try and make statements if he feels like one team is starting to gang up on his. His passion for this game can 100% be turned on itself if done properly.

That means a very good effort from everybody from puck drop on. If ever there were a time for the most skilled forwards on the team to start embarrassing guys in Union Blue on open ice to the point where it’s being remarked upon by commentators, now would be the time. Particularly if it means certain key players get on his hitlist and he begins dropping their TOI.

Force Playoff Bobrovsky out from wherever he’s been hiding:

Sergei Bobrovsky got to play some of his best postseason hockey ever last round, and it helped a lot that with the exception of two games, Tampa seemed completely incapable of getting past him for more than three goals without immediately giving up a goal or two of his own. And not for the lack of trying, either. They pummelled Bobrovsky with everything they had and often from dangerous areas of the ice. Bob stopped far more than anyone would expect of him, given his long history of playoff collapse.

…But that was Tampa. A team that broke apart like an ice sculpture when it faced even a tiny bit of pressure. Boston is not a team like that. Boston has been far more structured and plays a far more intense game that attacks a specific defensive weakness of the Jackets (Net-front presence) that can make Bobrovsky have to actually work for decent saves…that he’s had less than success making against Boston. The historical playoff Bobrovsky is still in that same guy who spent the entire first round giving Tampa fits…It’s just a matter of bringing him kicking and flailing into the limelight.