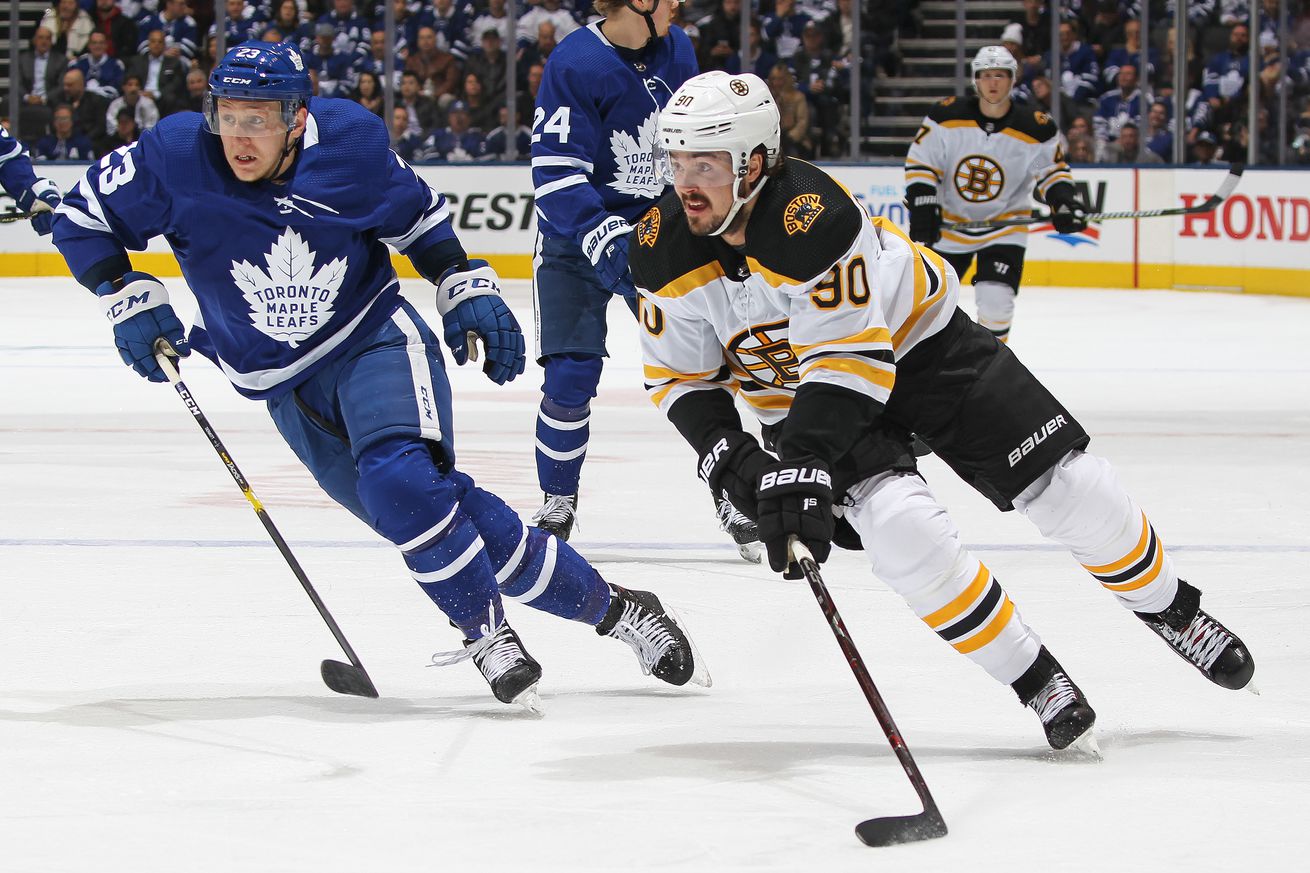 Milbury says some weird stuff, but he seemed to put a target on Johansson’s back.

Everyone knows Milbury is a bit of a wild card; after all, he did beat a fan with a shoe back in the day. His role on NBC is to say borderline controversial things, and to rile people up with his Old School Takes.

During the game, the main target of his ire was the Bruins’ lightning rod, the ever-controversial and anger-inducing…Marcus Johansson?

In case you can’t watch the video or can’t hear it, you can find a quote below. The context: the broadcast group was discussing the Bruins’ power play.

“I don’t think Marcus Johansson is going to be the guy to be the net-front presence. I mean, he’s marshmallow soft, actually…”

The Bruins scored on the PP as he finished his sentence, ending his thoughts on the matter.

Later in the period, Milbury brought up Johansson again, calling him “disconnected” and suggesting he was drifting through the game.

This is not a big deal. It’s not a big story. It’s not meant to stir up controversy. Instead, it’s a topic for discussion on a no-game Monday.

But it’s worth wondering: what is Milbury’s beef with Marcus Johansson?

There are plenty of guys on the Bruins who inspire anger. Brad Marchand? Self-explanatory. Patrice Bergeron? It’s not fair to be great at everything. Zdeno Chara? Be jealous of his ability to bond with pigeons.

One possible conclusion is that Milbury is trotting out the borderline xenophobic Old School Takes about European players being soft, angling to get Don Cherry’s role when Grapes retires.

The other is that he’s just ripping on a smaller guy for not being a monster in front of the net, which just seems kind of random.

The last possibility is that Johansson and Milbury are secretly mortal enemies, locked in a years-long feud that started long ago with a Johansson shoe joke at Milbury’s expense.

From my perspective, I thought Johansson did fine in front of the net. He’s not a Milan Lucic-esque big body, but he hung in there just fine.

It was just odd to hear Milbury that dismissive of a player a mere 10 minutes into the game.

What’s your theory on why Milbury is so mad at Johansson? I’ll send the commenter with the most recs a free SCOC sticker, worth millions on the black market.