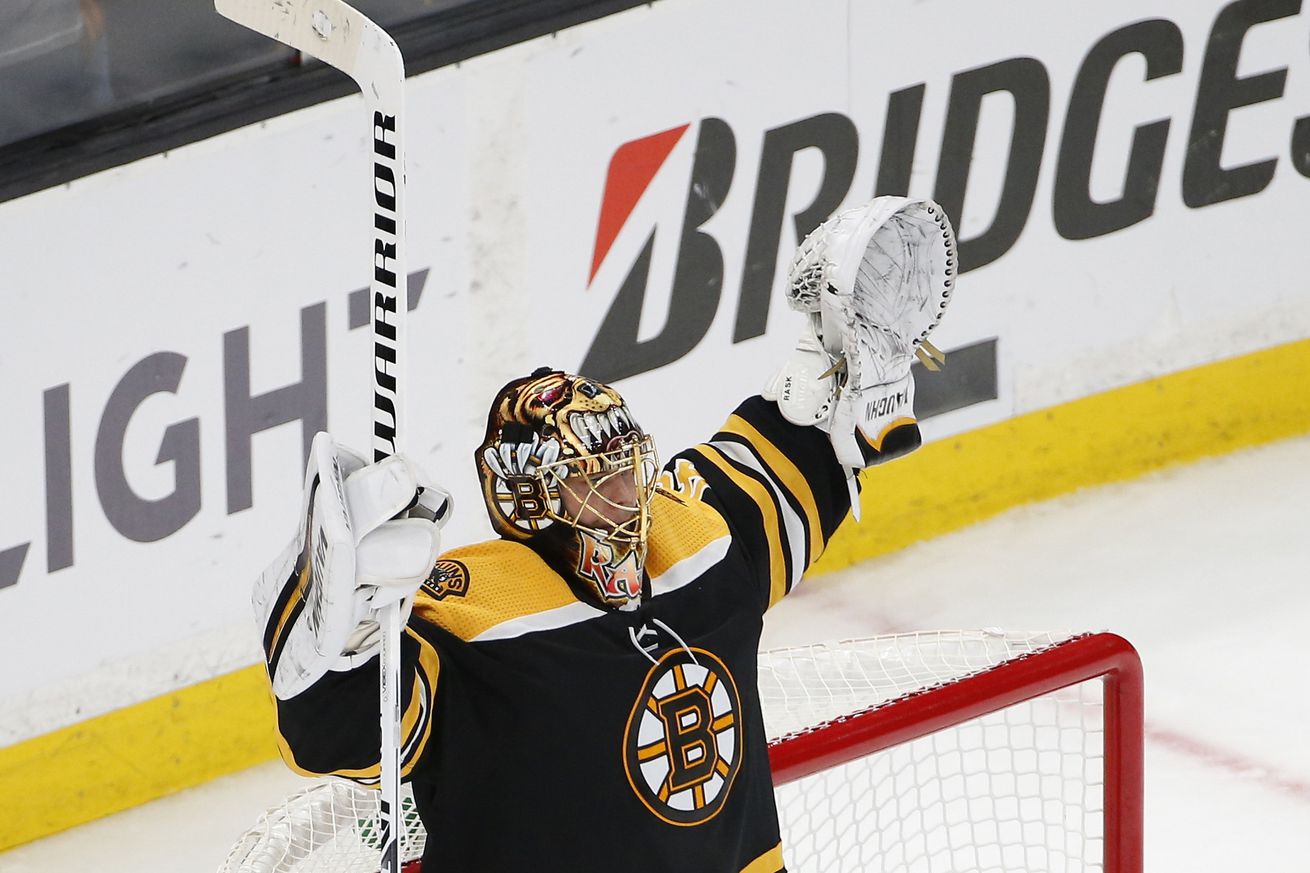 It’s not all about the goalies, but they’ll go a long way toward deciding this series.

“Rare” may not be the right word for it, but the second-round match-up between the Bruins and Blue Jackets features a pretty unique goalie showdown: both starting goalies have won the Vezina Trophy at some point in the past five years.

At various times in the last handful of years, Tuukka Rask and Sergei Bobrovsky have found themselves at the top of the NHL’s goaltending heap. And while Bobrovsky has 2 to Rask’s 1 and is the more recent winner, both are coming into this series feeling pretty good.

Bobrovsky was brilliant in the first round against Tampa Bay. He gave up three relatively quick goals in Game 1 in Tampa, and then got absolutely locked in. He allowed 5 goals the rest of the way: 1 each in Games 2 and 3, and 3 in Game 4.

We all know how Rask did in the first round. He was fine, then good, then fine, etc. before being excellent in the Bruins’ Game 7 win over Toronto. Rask hasn’t been the Bruins’ problem in any of their recent playoff failures, but he’d probably be the first to say he could have been better.

With the huge effort in Game 7, we may see a Rask who is locked in and is at the top of his game, much like he was during his mega point streak earlier this year.

The regular season doesn’t really mean much, but it’s worth taking a look at regardless:

If you look at the goalies remaining in the playoffs, Bobrovsky is probably the only one who you’d say is a slam dunk in terms of winning an argument about whether or not he’s better than Rask.

But Rask showed flashes of brilliance in the first round, and is coming off of his best single-game playoff performance in years.

The way things go, we’ll probably see an 8-7 Game 1 just because the playoffs are weird.

However, the goalie battle in this series is a fascinating one, and whichever goalie can consistently display his past Vezina-winning form is probably going to be the one playing for a bigger trophy in the next few weeks.