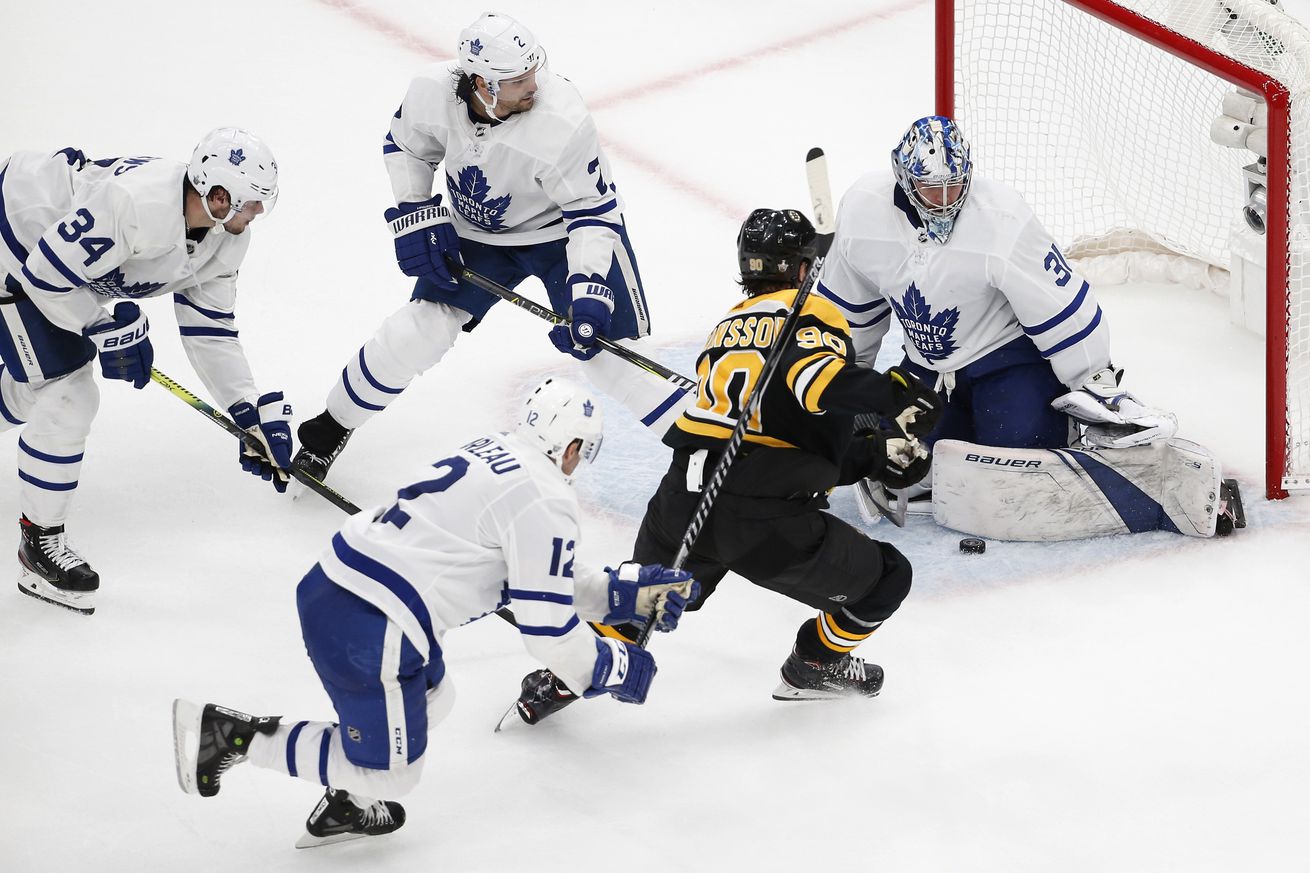 Whatever happens, we will know this will be yet another chapter of Game Sevens played by the Boston Bruins…and all the jubilation and terror that goes with that.

I wasn’t ready for the end of Game 7, 2013. Because I was there, and to this day I still cannot believe it. Me and My father were in the dumps going into the third period of that game, and just before the halfway point of the third, we looked at our increasingly thinner population around us and began to see what we thought was the writing on the walls. He turned to me during a TV Timeout and asked in earnest if I actually wanted to stay.

I, too burnt out from anxiety from watching a team play like horseshit for the past 50 minutes, couldn’t even summon the fortitude to say “Screw this, I’m out.” I reasoned enough people would have left that we could leave TD Garden in a timely fashion to trudge to the garage and leave after the final horn. I decided we should stay. If we’re gonna watch them suck, we’ll watch them suck to the end. Now, they didn’t end up doing that and it became an all-time legendary moment in Bruins history, ensuring that Patrice Bergeron would become a legend beyond that of the average really good hockey player, but it’s struck me that ever since, Game 7 anxiety never really goes away.

Even the mere concept of it seems to bring out anxiety. A series that cannot get momentum going one way or the other is one that seems destined to go seven, and when you’re there…that’s it. You either watch them win and move…or you watch them lose. it’s like being invited to the edge of a cliff after you’ve been told this team has discovered the secret to unpowered-by-motors-and-engines flight. The game is the jump you make after the prayers, hard swallows of fear, and ensuring your loved ones that you’ll be fine. The result is whether or not they’re dancing on air…or a greasy red splatmark at the bottom of a canyon. The anticipation is awful. Especially when you’ve been there before. Wondering whether or not the same thing will work or if it wasn’t just a trick of the mind.

Last year, my hope was a series win against the Leafs in 6 games, and Boston would routinely prove to me that the battle against Toronto was not a glorious coming out for the new look Bruins under Cassidy, but rather a bitter trench war fought for inches at a time. A lot of good players went cold, a lot of good players got hot again, and herculean efforts once again brought us to a Game 7 where the third period decided it all. The same feeling, back like it’d never left. And why not? I’d been going to nearly every game in Boston, I felt like I knew the good and the bad of the team like the back of my hand and I sort of knew somewhere that they could pull this off…but they had to bring me to that cliff again to show me that they could fly with this new “Jake DeBrusk” brand wing. They did it, but I also spent a lot of time watching the Boston Bruins in freefall before it opened up.

This year, my hopes were much the same as they were. Bruins in 6. And the same things kept happening. The same problems kept cropping up, the Leafs look far better than they did back last year, and as a result? Here we all are, once again…waiting for the Bruins to make the jump.

Part of it is the Leafs, I suppose. Thanks to the imbecilic playoff format, and if the Bruins keep doing the right enough things to stay competitive, this matchup won’t be super unique. They’re gonna keep doing this until one side isn’t good enough to make the playoffs. And even then maybe they will anyway. It’s baked into this system that we have to keep seeing the same players, the same coaches, the same fanbases, and the same media. It’s gotten old really quick. And exhausting. Seven game series in general are exhausting, and I’ve been feeling that exhaustion more now than I ever have. The playoffs fatigue has fully set in. I want this series to end so we can all move on.

And then I think back to the Game 7’s I’ve been to. And that is something that fate has decided is something I can say. All the anxiety and drearyness went away after an important goal. An important shift. A shot-block or save. Something that turned the anxiety on it’s head. It became excitement. It became hope. Rask’s save on James Van Reimsdyk. Jake DeBrusk’s 4-on-4 goal. Bergeron being…well…Bergeron. Someone usually goes out there and makes an absolutely phenomenal performer out of themselves in the most critical of all games. And that, more than anything, makes Game 7 the most fun of all. Wondering whose going to make Game 7 theirs. The wonderful, horrible anticipation of the team you’ve seen through all the losses, goalless streaks, lineup changes, and controversies finally get through all that and win. Oh it’ll take forever. You’ll be gnashing your teeth and wailing at the top of your lungs about player x and player y, and we’ll all be horrified by the third period being…what it is in these playoffs…but lately, the Bruins have at least found something. They’ve found a guy. A shift. A goal. Whatever it is…they have found a way. It hasn’t been pretty, sometimes it’s been quite gut-wrenching…But they have found it. They pull up, and otherwise certain death is avoided. They float on the wind and the exhilaration takes over. Relief too, that’s always nice…but exhilaration definitely wins out in that.

And so like always, we know there’s hope. There’s anxiety, of course. But that’s now just an acceptance. I don’t like it, but it’s there. I know what the Bruins are and the Leafs are and what they’re good at and what they’re bad at and we’ve seen them do this six times already. They’ve been frustrating, but they’ve also looked like world-beaters in certain shifts. They can beat this iteration of Ontario’s favorite thing to complain about, and have done so.

They just gotta go do that one more time.

They gotta make the jump at 7pm tonight. And once again, by good fortune, I’ll be there with a member of my family to watch them do it. So will 17,000 plus people. And everyone at home watching through whatever method they so choose. Hoping to watch this team that we love so much fly off to Round 2. Because the alternative (giving Toronto validation, in this case) is so awful we don’t want to think about it. So we don’t think about it.

We can instead think about how goddamn cool it is to watch flight of any kind. About the knack for throwing yourself at the ground…and missing.