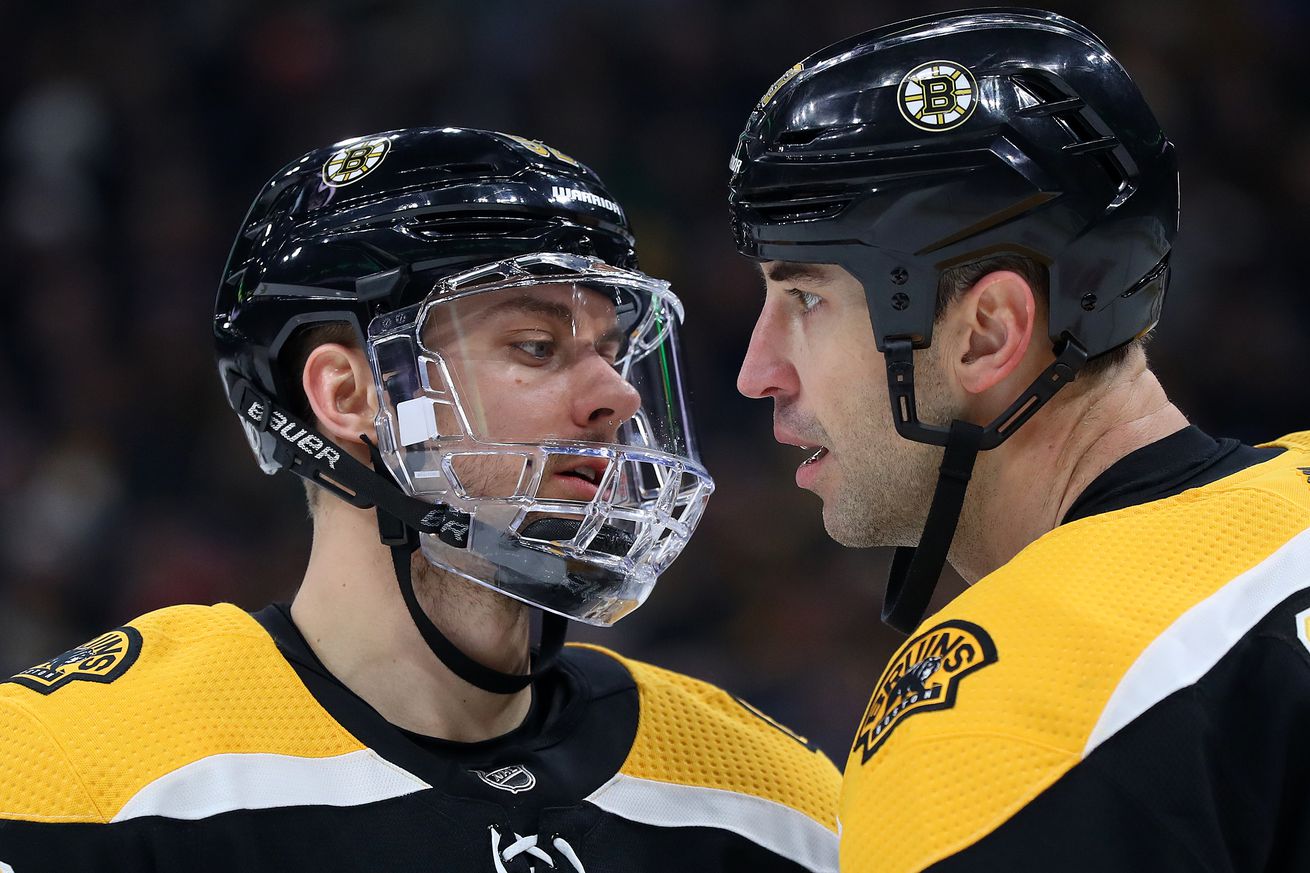 An energy guy with a knack for big goals.

You don’t know what you have until it’s gone, right?

So it seemed to go for the Bruins and Sean Kuraly, who has been out since late March with a broken hand.

Shortly before he was injured against the New Jersey Devils, Kuraly was a key component of a fourth line that was becoming a weapon for the Bruins.

The trio of Kuraly, Chris Wagner and Noel Acciari started clicking late in the winter. That clicking helped propel the line to new heights, including a career high in goals for Wagner and a five-point night for the group back in February.

When Kuraly went down, the line became a little more patchwork, with faces rotating in and out.

In the current series against the Toronto Maple Leafs, the fourth line has increasingly been a problem.

It’s hard to nail down the specific reason: Toronto’s speed, unfavorable matchups, and more are all likely culprits.

But whatever the reason, it is a looming issue, and got pretty bad last night.

It’s worth noting, of course, that the Leafs pounded the Bruins in shot attempts last night, so the numbers aren’t going to look great anyways.

But the numbers don’t look much better in the rest of the series: those three players had the worst 5v5 CF% on the team in Game 3 as well.

Furthermore, the current fourth line hasn’t had many positive shifts in this series. They’re there, sure, and sometimes something happens. But during the heyday of the WAK Line, you could count on a momentum-changer almost every game.

Nordstrom has shown his value as a PK guy in this series, but the whole line hasn’t been super productive on the puck control side.

Kuraly could change that. He’s got a bit more offensive upside than any of the current fourth liners, and can kill penalties as well.

His speed should be a better match for what the Leafs are trying to do to the Bruins, and that bit of sandpaper in his game sure doesn’t hurt.

Plus, he’s got a knack for showing up at the right time, like OT in the playoffs in Ottawa or late in the Winter Classic at Notre Dame.

It’s a stretch to say that the return of Kuraly would be a complete series-changer, but it would almost certainly make the fourth line better.

A more effective fourth line could help wear down the Leafs a bit more, opening up space for the top lines.

So how close is he? He’s been at practice and using a stick, so his hand must be getting there. He had his surgery on March 22, and the “expected recovery time” was set at four weeks.

When is four weeks from March 22? April 19, also known as tomorrow.

Sean Kuraly is a game-time decision for Game 5. He’ll skate today and is “progressing well.”

It sure looks like we’ll see him before the end of the series, and he could bring a “Return of the WAK” that would make Mark Morrison proud.