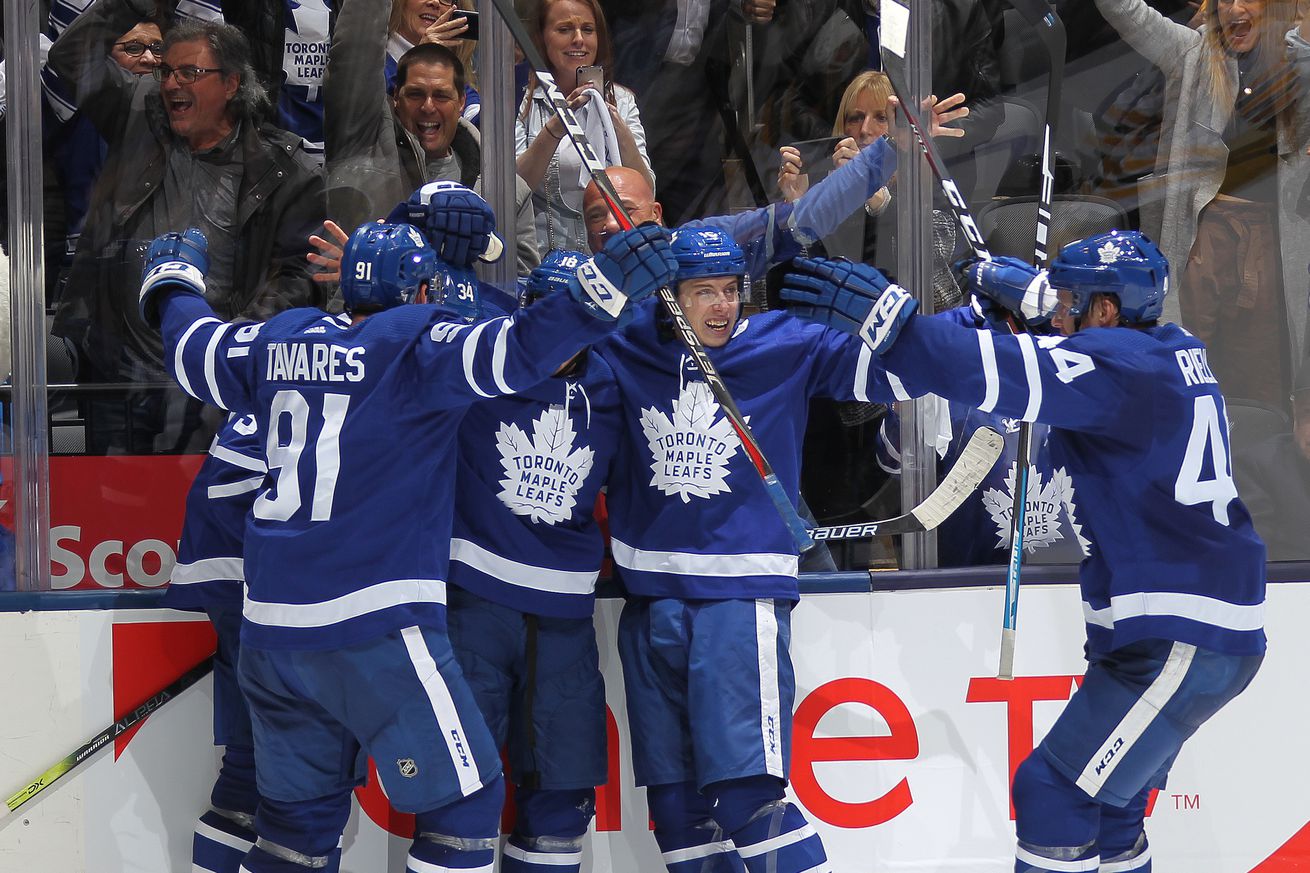 Highlights come from Chris tonight. If you don’t see them, click the score link to open the highlight directly.

A failure to clear the zone results in the Leafs gaining possession, and a toss on net ends up on the stick of Trevor Moore. 1-0 Leafs

The Bruins respond less than a minute later, as a flubbed David Krejci shot flutters in over Frederik Andersen to make it 1-1.

Tuukka Rask makes a big save on John Tavares, but Charlie McAvoy then launches Tavares into Rask’s head (again). Rask would get looked at by the trainer, but remained in the game.

Toronto ended up on the power play, where the Leafs were just quicker to every loose puck. That resulted in some excellent puck movement and a wide-open Auston Matthews, who didn’t miss. 2-1 Leafs

The Bruins, for some reason, elect to not cover Andreas Johnsson at all. He walks in alone and finishes with a great backhand to make it 3-1 Leafs.

Charlie Coyle gets a big one for the Bruins on the power play late in the second, clawing back some momentum and cutting the score to 3-2 Leafs.

And that would end up being it! The Bruins didn’t muster much in the way of Grade-A chances down the stretch, and that was the end of that. Another frustrating defeat for the Bruins.

Back at it on Wednesday!