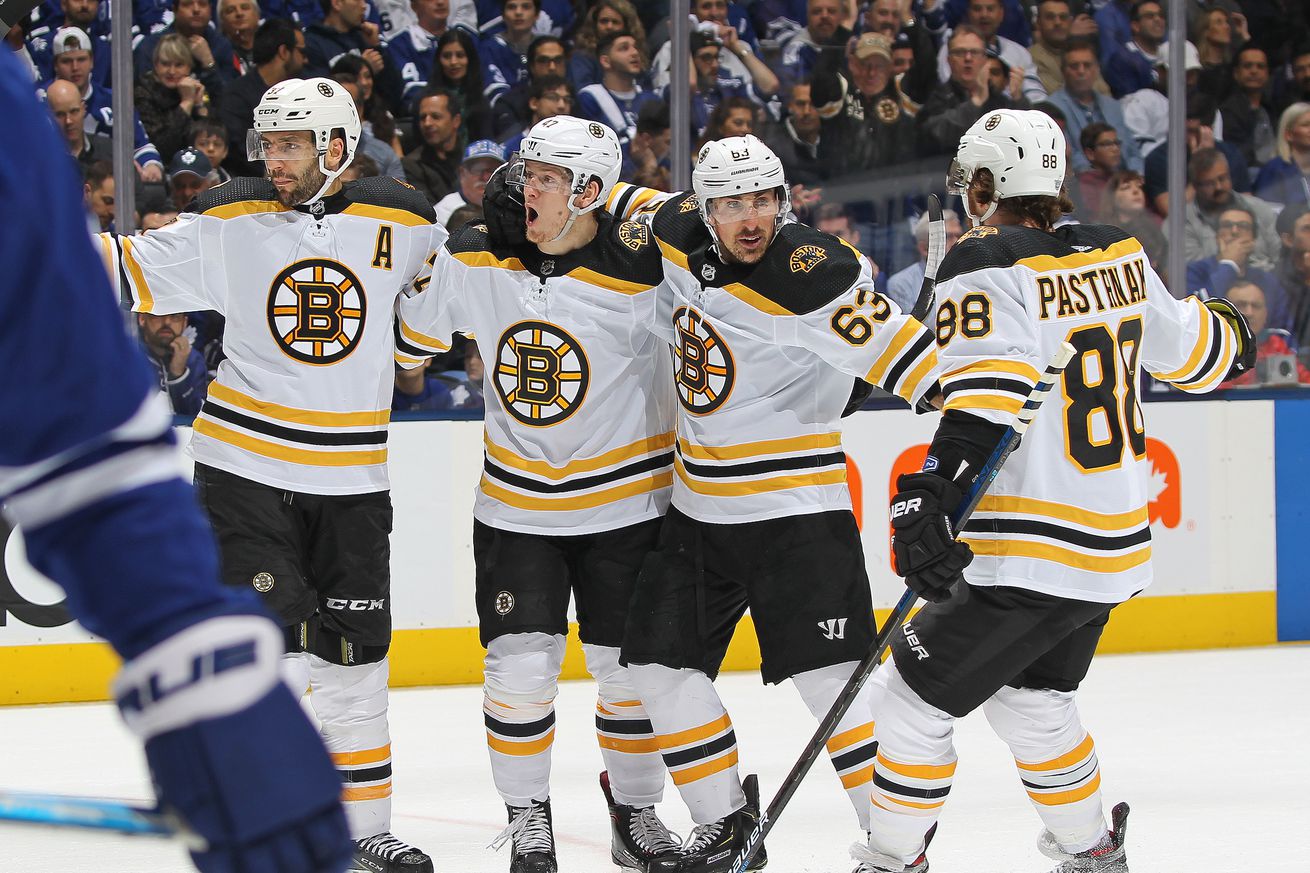 No Streamables today (Chris will have to be fired, I think), so we’re going with GIFs from a few people, including the GIF Legend himself, @PeteBlackburn.

Morgan Reilly gets the scoring started for the Leafs in the first, as his slapshot through traffic beats Tuukka Rask. The goal came after the Bruins failed to clear the puck at the blue line. 1-0 Leafs.

Morgan Rielly’s slapper gets past Rask for the early Leafs lead pic.twitter.com/xHUekOzUL7

The Bruins would respond in a big way, with Brad Marchand getting a friendly bounce on the power play a few minutes after Reilly’s goal. 1-1 tie.

Marchand scores off the face-off pic.twitter.com/jwfXuyyhzT

This slewfoot by Travis Dermott led to a high-sticking penalty on Joakim Nordstrom. Show this to your Leafs buds next time they complain about the refs.

Nordstrom gets 2 for high sticking. pic.twitter.com/AoCy0DFbfz

The power play would be a weapon again! Torey Krug collected a rebound and wired it past Frederik Andersen to make it 2-1 Bruins.

David Krejci, who has been a monster in this series, threads the needle to a hard-charging Jake DeBrusk. He finishes the play with quite a tip, and it’s 3-1 Bruins.

Krejci to DeBrusk for a beauty pic.twitter.com/vO99Gu04Sj

Auston Matthews makes it terrifying with a third-period goal, one that Rask would probably like to have back. 3-2 Bruins.

Brad Marchand sends us all home happy, icing it with an empty-netter. 4-2 Bruins.

Marchand gets the EN. 4-2. pic.twitter.com/TqsQDsHNsl

And that’s it! The B’s put forth arguably their most complete game of the series (save Game 2), and held on when it counted. We have a winner-take-all Game 7 coming up!