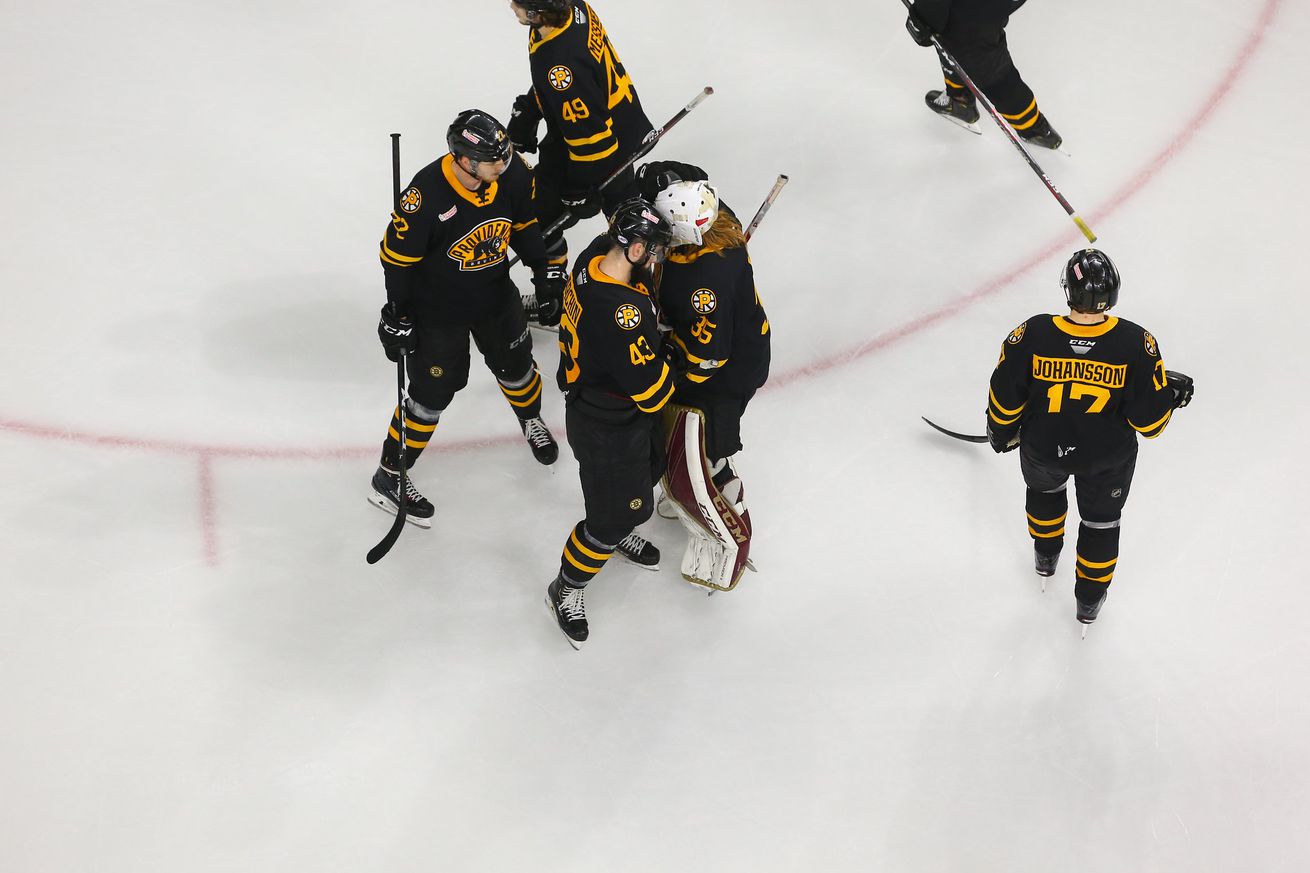 With their win on Saturday, the Providence Bruins clinched a spot in the Calder Cup Playoffs.

While it wasn’t the greatest weekend for the Providence Bruins, they were able to clinch a spot in the AHL’s Calder Cup Playoffs. So, it wasn’t that bad. Here is a recap of the weekend’s games.

The Phantoms scored the first four goals of the game and held off a Providence comeback to earn the win, despite being out shot 43-29. Paul Carey, Gemel Smith, and Jordan Szwarz all scored in the loss and Zane McIntyre made 25 saves.

After failing to clinch a playoff spot on Friday, the P-Bruins beared down on Saturday in a much needed win. Trent Frederic scored a hat-trick, Lee Stempniak scored his seventh goal of the season, and Anton Blidh added the empty netter to give Providence the victory. Dan Vladar made 16 saves.

With several players resting and a Thunderbirds team playing for pride, the P-Bruins ended the season on a sour note with a 6-1 loss. Jakob Forsbacka Karlsson scored the only goal for Providence and Zane McIntyre made 15 saves in two periods. Sean Bonar made four saves in one period.

Providence will play the Charlotte Checkers in the first round of the playoffs. They will host Games 1 and 2 on Saturday and Sunday at the Dunkin Donuts Center.

Providence finished the season 38-27-11 and fourth in the Atlantic Division. They had a rough first half but turned things around in January en route to their playoff berth. They have drawn the AHL-Atlantic Division leaders; the Charlotte Checkers.