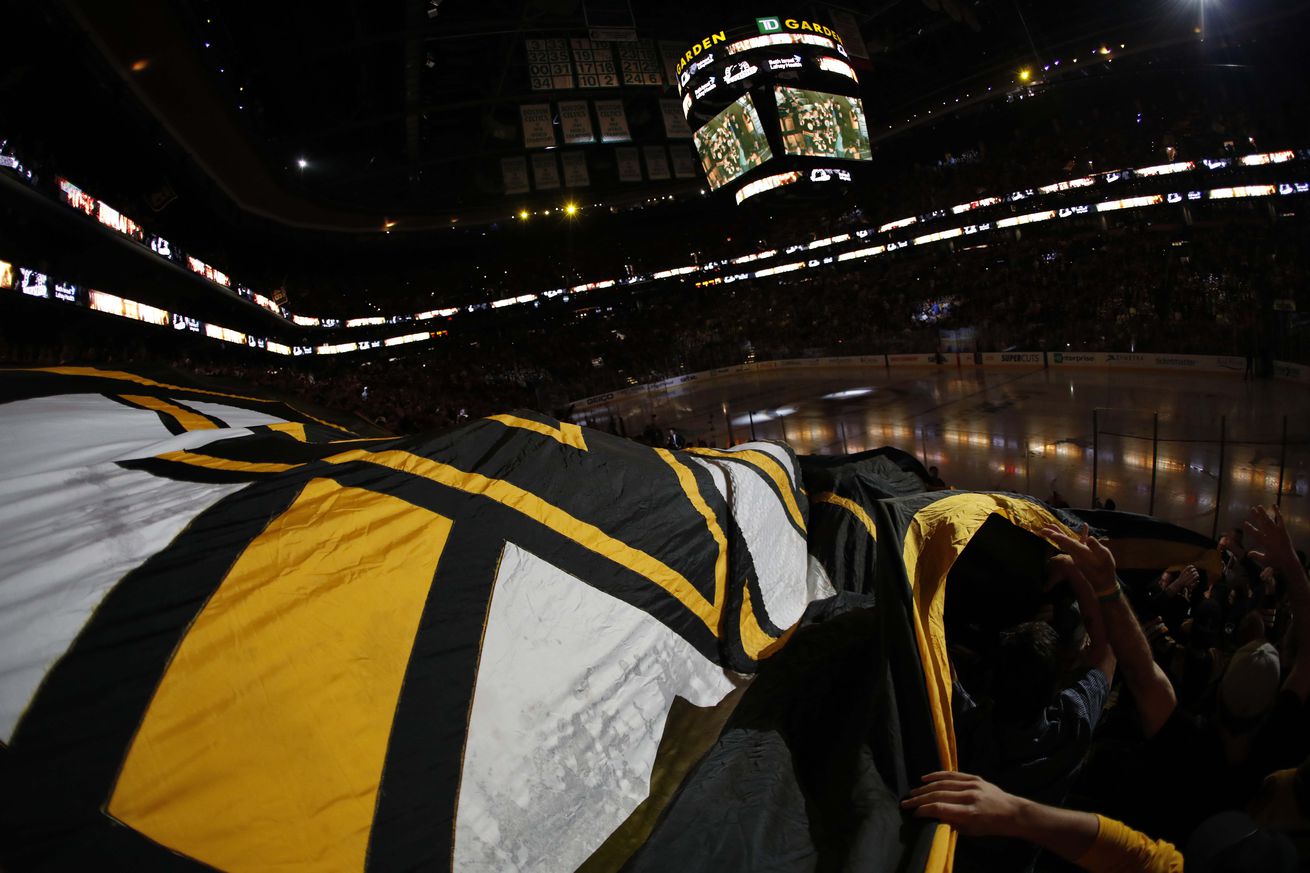 Wherever you go, there you are: stuck in a Game 7 with Toronto…

Who: The Boston Bruins host the Toronto Maple Leafs for the last game of the first round of the Stanley Cup Playoffs, the only first-round series to go to a seventh game. Sorry, that was left over from 2018’s Game 7 preview. Carolina forced a seventh against Washington.

THE ENTIRE WORLD IS ON PINS AND NEEDLES RIGHT NOW.
(Also a 2018 holdover. Still true, though.)

How to watch: NBCSN, CBC, TVAS, SN, NESN
(Didn’t even need to change the lineup from 2018. Yay, predictable playoff coverage!)

Nope, that was 2018. Brad Marchand leads this series with 4G-5A-9PTS, and Pasta is up next at 2G-4A-6PTS. Four players are tied with four points each, but notably, David Krejci has taken only nine shots (not including attempted shots) compared to 20+ for the rest of the top five. Also, Tuukka Rask has played alright to damn fine at times. He’ll probably be sharp .

Yeah, still 2018 stats. Auston Matthews leads with 5G-1A-6PTS, and defenseman Morgan Rielly has nearly the inverse (1G-4A-5PTS). Toronto also has three players tied at 4 points each, including John Tavares, who is taking flak for not scoring goals despite creating as well as his teammates. Hey, if I were playing center against Patrice Bergeron, I wouldn’t be scoring much either.

Both teams have been in this situation before. Boston has had the recent-memory edge, and it’s the same situation as last year: do or die Game 7 between Boston and Toronto.

The narrative of the series has changed, however – while April 2018 saw Boston win Games 1 & 2 en route to a 3-1 series lead only for Toronto claw back to force Game 7, 2019 has brought a flat-out deadlock of alternating wins, both teams going 1-2 at home. Yeah, sure, #smallsamplesize. It’s even more impossible to tell how TOR/BOS Game 7 2019 XXL is going to play out.

What should we remember?

Both teams have been here before. Boston still has the experience edge in this particular situation. John Tavares is a(n imaginary) Team Canada addition to a team that took Boston to seven games last spring. This is clearly a tighter matchup, and though Toronto fans are hedging a little, Boston won’t.

The Bruins have already pulled out the right stops to advance in the postseason, with the current squad and a handful of new faces. The youth movement is in full swing and there’s no turning back – not that we’d want to, with the performances of the new D core and His Carbiness the David pouring shots on net up front. Torey Krug is finding the fire again, too.

For Toronto, the same is true. Rielly exploded this year and continued an outstanding offensive trend upwards. Matthews is finding twine now that he’s not matched up against Patrice Bergeron for every playoff faceoff.

Both teams have revitalizing energy, and they’re both up to the arduous task of playoff hockey. Am I nervous? Sure. Not quite as nervous as Toronto, given recent history, but nervous nonetheless. This will be an exciting game to watch.

Last year, I put nothing here. But, why forget? Let’s revisit the recent memory, and get fired up to support the Bruins in another high-pressure playoff game.

THIS IS GAME SEVEN.

All we need is one more.