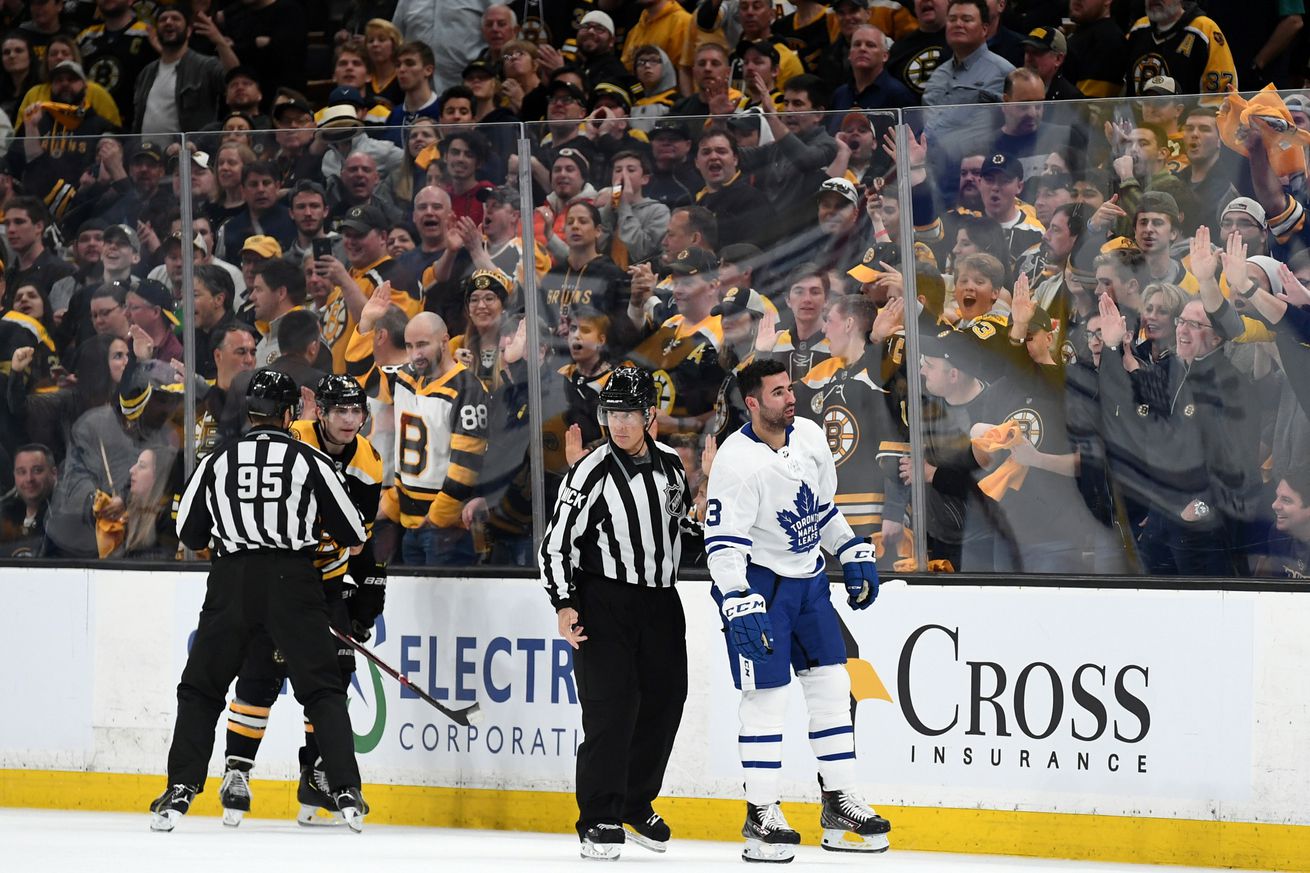 The more things change, the more they stay the same, I guess.

Nazem Kadri, to put it generously, plays on the edge. He’s gotten suspended for going over the edge more than once, including during last year’s playoffs.

He earned himself another one tonight.

Yikes. If you’re a Maple Leafs fan, I’m not sure how you defend that one (but don’t worry, they’re still defending it).

Nazem Kadri has a history. He was clearly targeting Jake DeBrusk. He knew who it was and what he was doing. What more does the league need to see?

Kadri’s ire, if you believe Leafs fans, stemmed from this hit by DeBrusk on Kadri in the second period:

If you’re a Leafs fan, that’s a dirty, knee-on-knee hit. If you’re a Bruins fan, Kadri brought that on himself by trying to avoid the check by DeBrusk, who never stuck his leg out.

Either way, Kadri can’t take things on himself and retaliate for a legal hit on Patrick Marleau by crosschecking a guy in the face.

It’s funny, because both things can be true. DeBrusk’s check can be questionable, or can even be dirty. That doesn’t mean it’s OK to take things into your own hands and crosscheck someone in the head.

However, given that it’s the playoffs and emotions are running high, neither side really cares.

Kadri will sit for at least a game or two, maybe more.

What do you think?