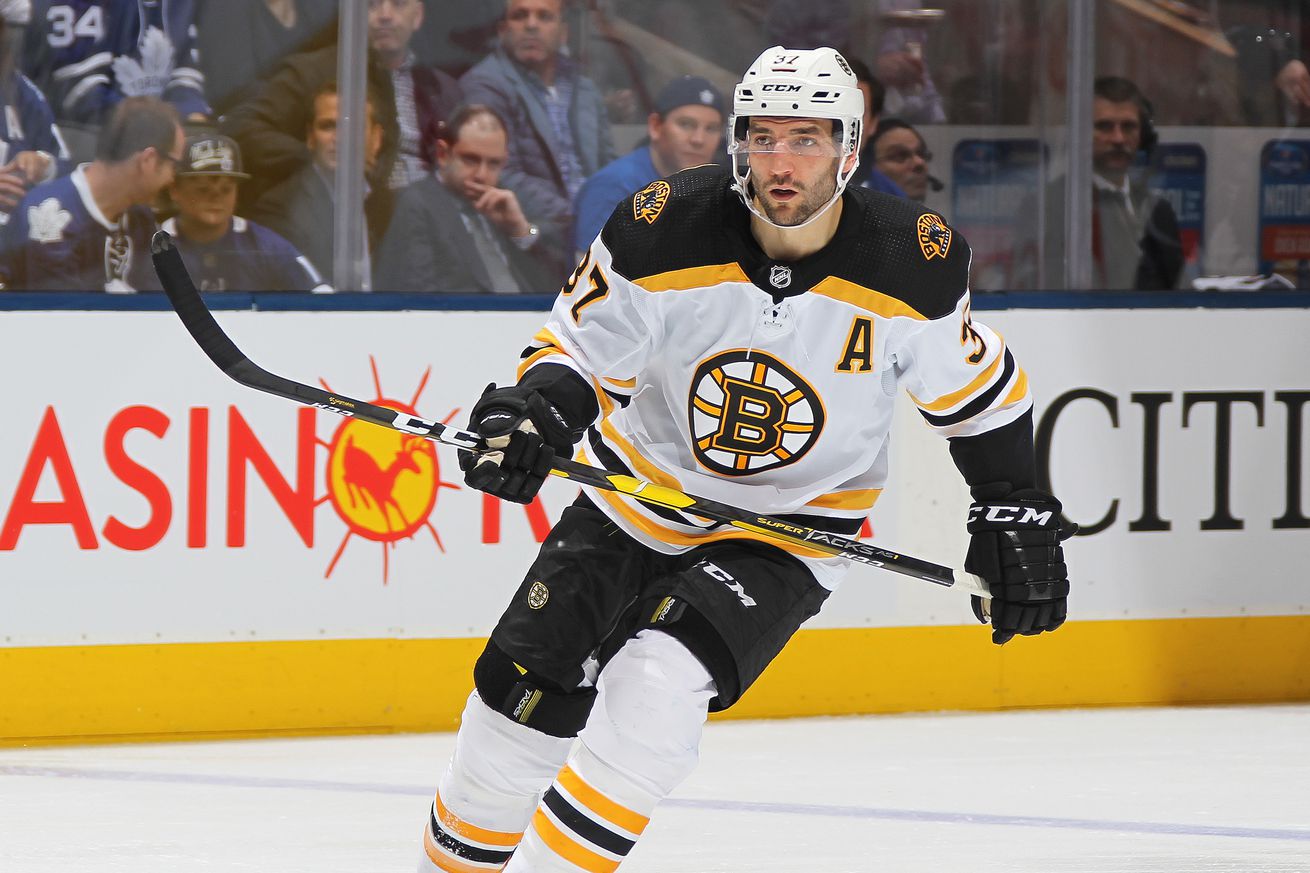 Ho hum, one of the best overall players in the league is in the Selke mix again.

Prior to tonight’s Bruins vs. Leafs game, the NHL made one of its annual announcements: Patrice Bergeron is a Selke Trophy finalist again!

Just pencil him in every year, save yourself the time.

The other two finalists are Mark Stone of the Vegas Golden Knights and Ryan O’Reilly of the St. Louis Blues.

The winner will be announced at the NHL Awards in Las Vegas on June 19.