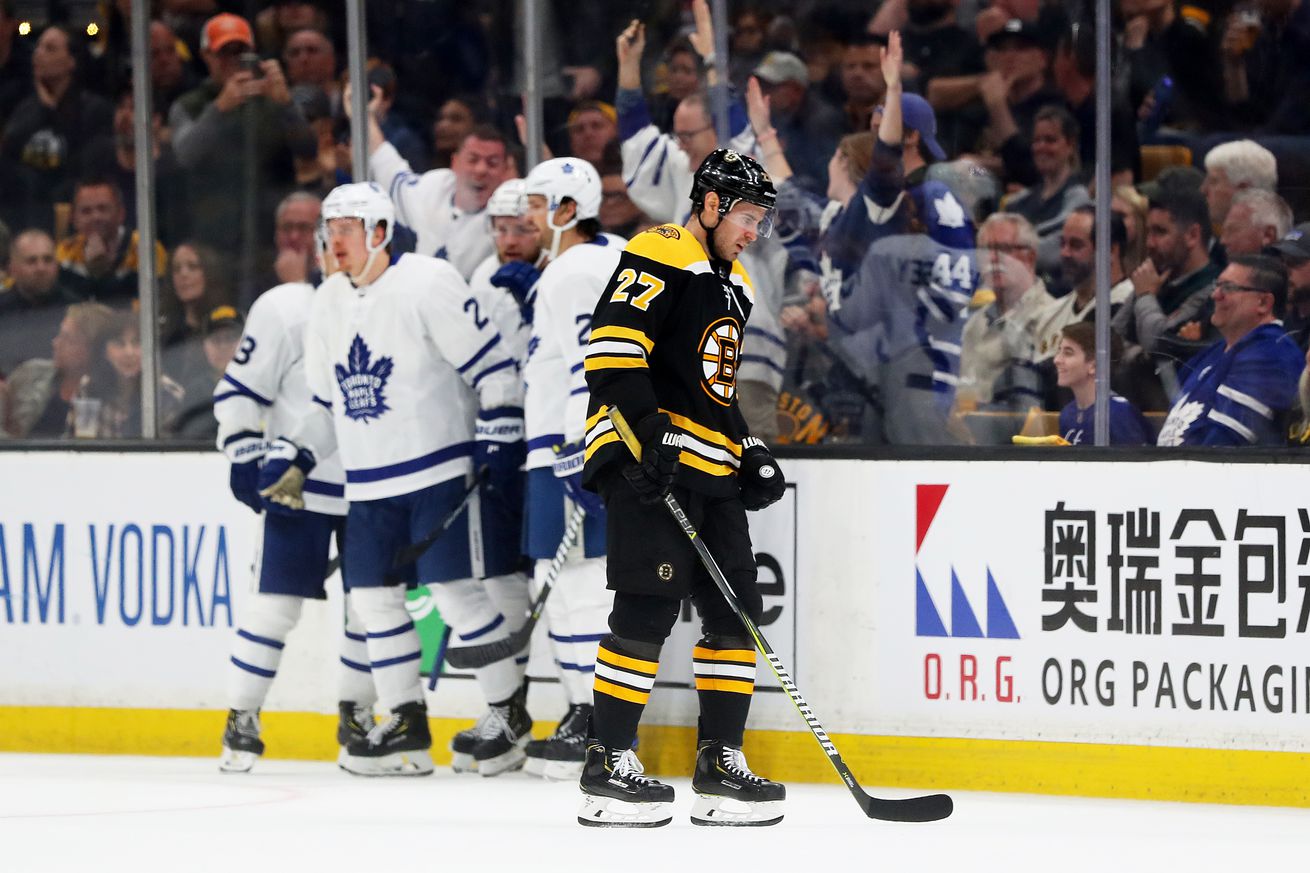 The game wasn’t without its controversy, but the Leafs were the better side all night.

There weren’t a ton of highlights, so let’s get to them! Thanks to Chris for the Streamables.

The game remained scoreless until the latter half of the third period, when Auston Matthews scored his controversial goal to make it 1-0 Leafs.

The Bruins began to press a little more after that goal, and a gamble pinch by Jake DeBrusk that didn’t lead to possession came back to haunt them. Kasperi Kapanen scores to make it 2-0 Leafs.

David Krejci, who was far and away the Bruins’ best forward, made it interesting with 43 seconds left, scoring to make it 2-1 Leafs.

But that was it! Brad Marchand actually got a shot on goal off the faceoff with 1.2 seconds left, but Frederik Andersen gloved it.

The Bruins blow a golden chance to take a stranglehold on the series, and instead will head to Toronto with their season on the line.

Hey, at least this game was on a Friday, right? Enjoy your Saturday! Back at it at 3 PM on Sunday.