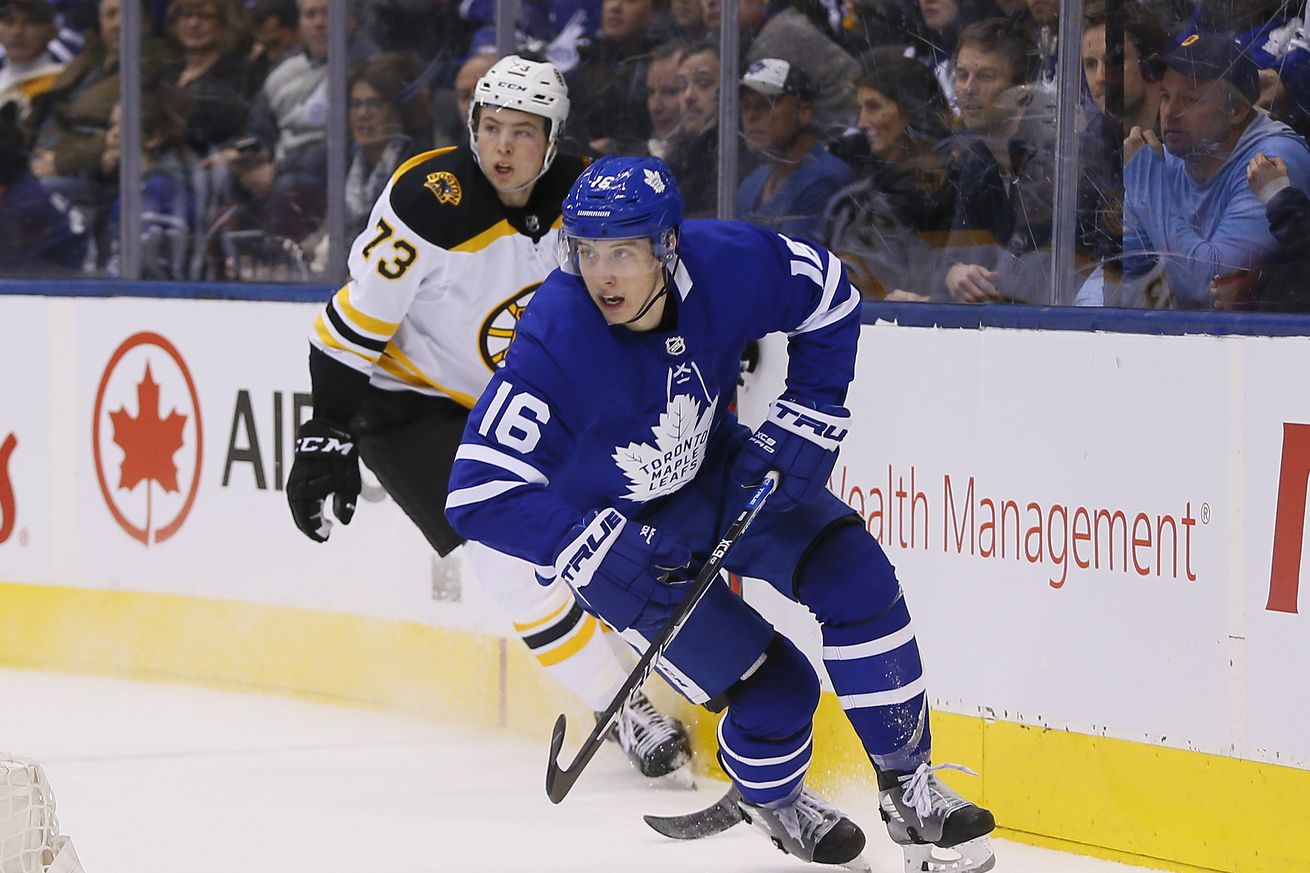 A great first period was overshadowed by second-period lapses in defense.

Cassidy made the call to start the top forward line with Krug and Carlo, presumably to save his top defensive pair to counter the Auston Matthews line. Mike Babcock followed up his starting forwards.

Leafs had all kinds of time and space in the offensive zone in the first half of the period. Connor Clifton drew the first penalty after a hard check on Nylander, where Nylander’s standing-up process included a stick to Clifton’s face. Brad Marchand and Patrice Bergeron connected while on the advantage, as Kasperi Kapanen lost track of Earth on this one.

What a feed from Brad Marchand to set up Bergeron’s opening tally. Delicious. 1-0 Boston. pic.twitter.com/dkZO2SETIT

Marner. Equalizer. We’ve got ourselves a game!

Boston earned another power play after Jake DeBrusk took a high stick, but they’d also give up a puck in the feet that led to a Mitch Marner breakaway. He couldn’t score on the break due to Jake the Hustlin’ Snake catching him and taking him down, but the resulting penalty shot was deadly.

Marner fakes out Rask on the penalty shot pic.twitter.com/3cniWpHSE9

Toronto wasn’t done – after revamping their breakouts by firing the puck up to their skilled forwards, Boston ended up on their heels more often than is comfortable. William Nylander was one of those, and a deft pass from Nazem Kadri put him in alone.

Insane pass by Kadri to spring Willy on the breakaway. 3-1 Leafs. pic.twitter.com/MQ2oJtTNTm

WHY DO WE KEEP ALLOWING THIS?!

Tavares also had a breakaway, and there was a mad scramble by the Leafs as the period expired. Boston was lucky to get out of the second with lives left.

Boston iced the puck early, and came out with hits but few shots. Toronto was mostly kept from their breakout prowess from the second, but made up for it with shots from the dots that would glance off of Rask or slip behind the net. Content with simply putting pucks to the net, the Leafs played patient with Boston’s rush and were able to stifle most play to the boards. More icings, a penalty to Chara, and an empty net with 2:30 to play effectively sealed the deal.