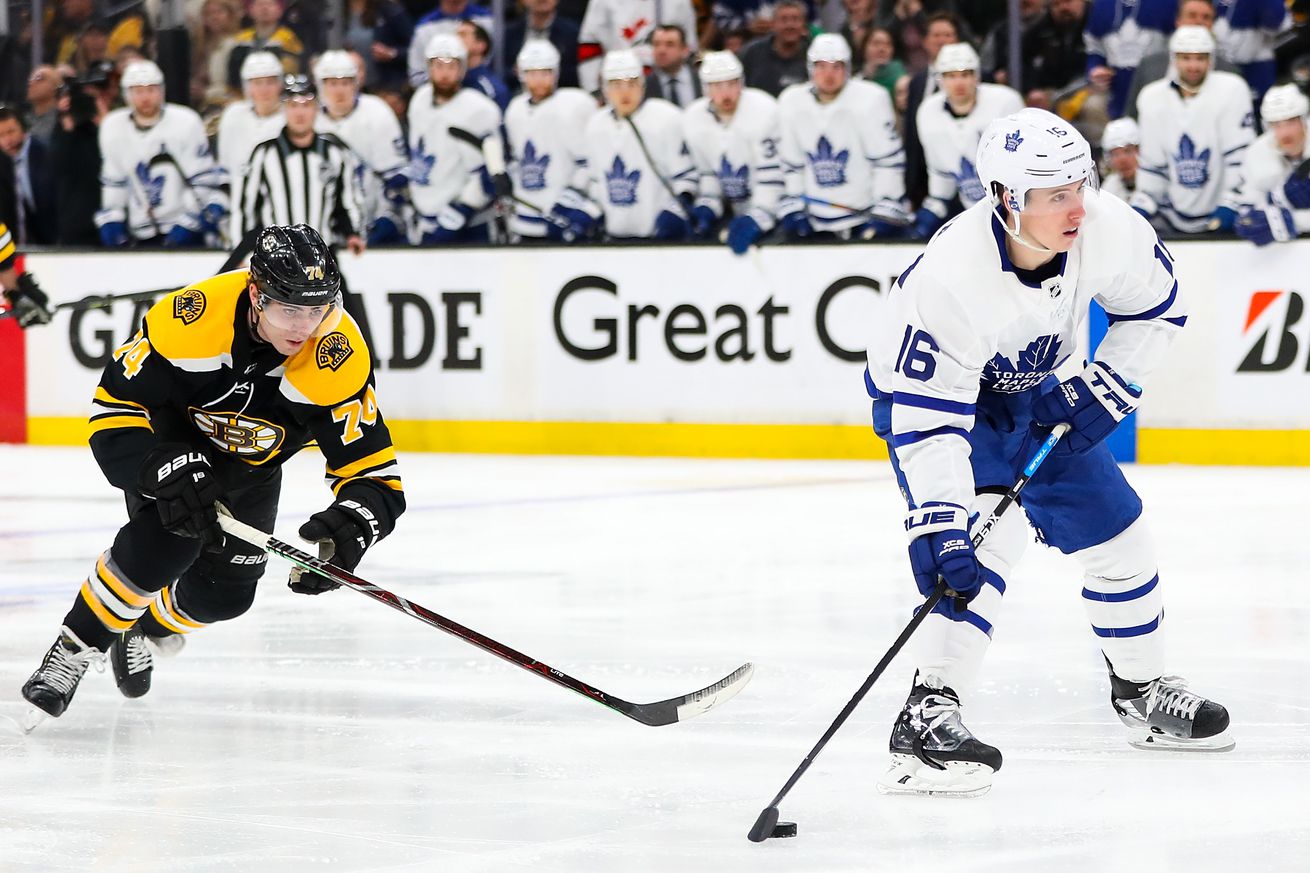 It appears he’ll play, but not a great sign.

Aside from the overall effort, one of the more concerning things about last night’s Bruins loss was the health of Jake DeBrusk, who crashed into the boards before Mitch Marner’s penalty shot and took a few other big hits later on.

As it turns out, he’s at least a little banged up, as he wasn’t practicing today.

Bruce Cassidy on Jake DeBrusk: “Jake was given a maintenance day, assume he’ll be back with us tomorrow morning. Right now, I anticipate he’ll play. If not, Backes will go in.”

If it doesn’t pull in above on your device, Cassidy also said he may put David Backes in regardless, though not necessarily in DeBrusk’s spot.

The crash into the boards was the most obvious incident, but DeBrusk was the victim of a questionable hit by a guy with a history as well:

Kadri takes down DeBrusk and continues chirping at him on the bench. pic.twitter.com/fnmfvdAgiG

“Takes down” is a generous reading of that play, but what else would you expect from Toronto? Looked more like a slew-foot (and a late one at that) to me.

Anyways, with DeBrusk missing, the lines looked a little weird.

Those wouldn’t be ideal, so hopefully DeBrusk is okay tomorrow.

My guess is that Backes ends up in regardless, probably for Joakim Nordstrom (but I could also see him going in for Karson Kuhlman).